You are here: Home / Featured / TV Review: Simon Schama Tells His “Story of the Jews”

Simon Schama just can’t stop going on about religion and the extra-special Jewish feel for beauty that has, to his mind, kept Judaism vibrant and intact through the ages.

On Simon Schama and his Story of the Jews, the first episode of which has just aired on public television.

Good show. Interesting. Compelling. But two Jews three or four synagogue/shuls, as they say. So I’d like to nudge Professor Schama a bit, or at least make note of the shul he belongs to and the one he wouldn’t go into, as an old joke has it, even if you paid him.

Schama just can’t stop going on about religion and the extra-special Jewish feel for beauty that has, to his mind, kept Judaism vibrant and intact through the ages.

But, coming from a different shul (if any) as I do, let me suggest ways in which Schama misses or dodges ways of looking at the material that indicate another story, a story that stresses how Jews pioneered secular or proto-secular ways of being that did not exclude, that, on the contrary, opened the way for, new ways of being and of being Jewish, and that were, relatively, shul-free.

For example, though Schama touches on him, as he must, he manages to overlook what was likely Titus Flavius Josephus’s most distinctive act.

Josephus was a high born member of the priestly caste, the Sadducees, and initially joined in the uprising against Roman rule that culminated in the siege and reduction of Jerusalem in 70 CE by Roman legions.

Yes, Josephus wrote a history of the Jews, and a chronicle of the Jewish War.

It’s peculiar and problematic that Josephus’s The Jewish War provides the only Jewish testimony, besides Talmudic recaps, set down hundreds of years later, and worth next to nothing in terms of historiography, about what happened in that war. It was a war being waged by the People of the Book. And yet, minus, Josephus, there were no contemporary Jewish books about it.

An irresistible subject, it would seem. Wish Schama had addressed it

And Schama makes no mention of the fact that Josephus made a speech outside the gates of Jerusalem urging the rebels to forgo the rising against Rome. To challenge Roman military he argued, could not but culminate in national suicide.

Insofar as Jewish life had been centered in Judea, with its capital in Jerusalem, Josephus was of course correct. Faced with the Jewish Revolt, Roman legions did what they always did, what they were trained to do, what made them Roman, what made Rome Rome. They laid seige and slaughtered their opponents.

For Jews, the defeat was the starting staring point of Galut — Exile, Diaspora.

In urging this surrender, was Josephus a turncoat, as Jewish tradition has it, or someone sufficiently cosmopolitan, sufficiently apprised of the broader world, its possibilities and likelihoods, its ways of thinking, with which the Zealots wished to have minimal contact, to advise a different course?

Was Josephus not a traitor, but a bridge between the insular, intense and explosive Jewish world of his day and the world beyond? Was Josephus, who never wished to be known as anything but a Jew, a prototype of what we now might think of as a secular Jew?

This avenue of inquiry doesn’t draw Schama. He chooses instead to emphasize his celebration of Jewish holidays, as per Halacha — Jewish law — with his family, in London.

England has over the course of history enjoyed its share of anti-Semitism. It has expelled and persecuted Jews. Schama is making a point here, being in London, celebrating Jewishness, the old way, as he construes it, with his family.

Still: there are points he doesn’t make in his rendition of the Expulsion from Spain. About the parameters of that catastrophe there is no doubt. Jews flourished in Spain, built what they thought was a new homeland. For a time, they even got to debate about their view of things on equal terms with Christians and Muslims in that marvelous meeting of minds that has gone down in history as the Convivencia. 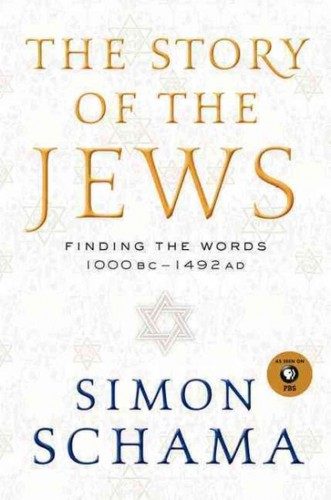 Then, the proto-Nazi Inquisition set in and Jews, as per the Expulsion in 1492, were forced to flee, or to hide, to practice their religion, and their identity with regard to it, in secret or elsewhere.

Schama takes up this story by turning his attention to Italy, where many Jewish exiles from Spain did in fact wind up. There, they built beautiful synagogues, in defiance, even, of the Second Commandment and its prohibition against graven images.

But Schama entirely skips another port of call for those refugees from Spain — Amsterdam, a place that allowed for the likes of Spinoza to flourish, despite hostility from both Jews and Christians.

Spinoza didn’t build beautiful places of worship. He was a Jew at the same time as he neutralized in that identity so much of what others thought essential to it — Revelation, Bible stories, miracles, Halacha, rabbinic authority.

I don’t wish to be intemperate or dismissive of Simon Schama’s Story of the Jews. This nudge I’m giving him is far from hostile. On subjects as disparate as Rembrandt and American slavery Schema has produced superb, eminently readable books.

I look forward to seeing how, in future episodes, Schama gives the likes of Josephus and Spinoza a little more room to breathe. He is too good a historian to fail to do so.

NOTE: Readers who would like to read an interview I conducted with Simon Schama concerning his book, Rough Crossings: Britain, the Slaves and the American Revolution (2006), can find it here.

Harvey Blume is an author — Ota Benga: The Pygmy At The Zoo — who has published essays, reviews, and interviews widely, in the New York Times, Boston Globe, Agni, The American Prospect, and The Forward, among other venues. His blog in progress, which will archive that material and be a platform for new, is here. He contributes regularly to The Arts Fuse and wants to help it continue to grow into a critical voice to be reckoned with.