Vampire movies, dirty whigs, Wilco beer, peace bombs, Russian retrograde, tappin’ khakis, and sweaty Soviet soirees are just a few reasons why April is a great month for music listeners in Boston. The month starts off with a performance by the illegitimate love child of two musical genres, heavy metal and opera (opposites do attract), at the Citi Performing Arts Center, and ends with eastern Europeans, vodka, and accordions with Gogol Bordello at the House of Blues. The following is just a sample of all the great music going on in Boston in April. Enjoy a great month of music. 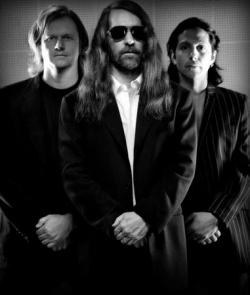 April 1, Trans Siberian Orchestra at the Citi Performing Arts Center: It was love at first sight when heavy metal met opera, and 14 years later the product of their romance, the Trans Siberian Orchestra (TSO), continues to rock with the signature sound that it inherited from its ascendants. TSO’s founding trio of composers, Paul O’Neill, Robert Kinkel, and Jon Oliva, created the 38-piece band (guitars, bass, strings, keyboard, drums, and vocals) in 1996 with the goal of building a new sound by fusing the music that they worshiped. What they came up with was a collision of the classic and the contemporary that was all strings, lights, and big hair; it was rock opera on an epic scale. Al Pitrelli, a graduate of Berklee College of Music, returns to Boston with the TSO as Music Director and Lead Guitarist.

April 1, Vampire Weekend at the Orpheum Theatre: Their plucky, low-fi sound, adored by hipsters and Hollywood alike, has found its way onto indie music blog tracks and movies like “Step Brothers” and “I Love You, Man.” Although the band declares their influences as Brit-pop and African (which is an accurate description of their sound), the band’s name comes from a movie that singer/guitarist Ezra Koenig began to film the summer after his freshman year at Columbia University, where the band was formed, called “Vampire Weekend.” The trailer for the movie is still on YouTube and is a reminder of why we love that Koenig decided to make music not movies (even though I’m dying to find out if the vampires win).

April 3, The Whigs at Harper’s Ferry: Thankfully, The Whigs don’t just play in a garage anymore, because their garage rock is just too catchy to be cooped up. Now they tour with the likes of Kings of Leon, The Kooks, and Band of Horses. Unfortunately, however, on their latest album, In The Dark, the band sheds some of the grease and dirt from the garage for a cleaner sound. Bad move. We liked our Whigs dirty. Maybe the band will embrace their garage grit again, but in the meantime, they still put on a good show.

April 6, Wilco at the Orpheum Theatre: Despite an ever-changing lineup (the six piece band only has two of the original members) Wilco’s sound has remained fairly constant throughout its 16 years. Vocalist Jeff Tweedy swings between Dylanesque and faux southern (Tweedy is from Illinois) on most tracks, singing over mellow drum beats, twangy strumming, pianos, and the occasional banjo. Their sound inspired the California brewery Lagunitas to name a beer after the band. The Orpheum is the perfect setting for Wilco to shine.

April 8, Atoms for Peace at the Citi Performing Arts Center: Atoms for Peace is the name Thom Yorke chose for the band he assembled to begin touring this year making nine stops across the country. Atoms for Peace is also the name President Dwight Eisenhower chose for a speech and a program in the 1950s to ease fears about nuclear bombs. Coincidence? I think not—even though Eisenhower probably wasn’t talking about revealing your soul in a relationship, as Yorke does in his song “Atoms for Peace” (Peel all your layers off / I want to eat your artichoke heart). But Yorke and Eisenhower would most likely agree that their words are about hope.

April 15, Radio Moscow at Paradise Rock Club: Even though people keep telling them it’s 2010, Radio Moscow insists that it is 1969—and we love them for it. You could say that their sound is somewhere between Hendrix and Sabbath with the occasional Page-like guitar solo, but they are no cover band, and after listening to them, you’ll know what psychedelic blues rock really is. The band is from Iowa, and they are bound to go places . . . maybe even Moscow.

April 17, Kaki King at Middle East: Do you know what a guitar sounds like? You think you might know, but Kaki, short for Katherine, begs to differ. On stage the six-stringed instrument in Kaki’s hands can sound like a harp, a mandolin, a djembe, or a bongo, but all you’ll see is her guitar. Her percussive finger tapping style produces melody, harmony, bass, and rhythm all on one instrument—her guitar. But on her new album, Junior, which will be released mid-April, Kaki breaks from her acoustic past for a venture into rock and punk, showing her versatility as a guitarist. Kaki has an impressive resume: she has toured with the Foo Fighters, performed at the 2008 TED talks, and provided tracks for the 2007 film “August Rush.”

April 28, Gogol Bordello at House of Blues: What is Gypsy punk? According to Gogol Bordello it sounds a bit like Borat and a crew of vodka-filled, former-Soviet bloc accordion and violin players met up with Flogging Molly and threw a rager. The band’s nine members hail from seven different countries and put on shows that are lively, loud, and sweaty (not to be confused with an actual bordello). Frontman Eugene Hütz has even taken the band into the acting business with Hütz playing Alex in the 2005 film “Everything is Illuminated,” and the whole crew working on the soundtrack for the 2006 film “Wristcutters: A Love Story” (based partly on Hütz’s life) and Madonna’s semi-obscure 2008 documentary “Filth and Wisdom.”