You are here: Home / Books / Fuse Book Review: A Couple of Nihilists Ready for a Piece of the Action

Both of these novels about social corruption should be in every Occupy Wall Street library in the country: inequality is not a matter of fate but the result of an exhausted acquiescence to subterfuge.

The Colors of Infamy by Albert Cossery. Translated from the French by Alyson Waters. New Directions, 96 pages, $12.95.

Exiled From Almost Everywhere (The Posthumous Life of the Monster of Le Sentier) by Juan Goytisolo. Translated from the Spanish by Peter Bush. Dalkey Archive Press, 135 pages, $13.95. 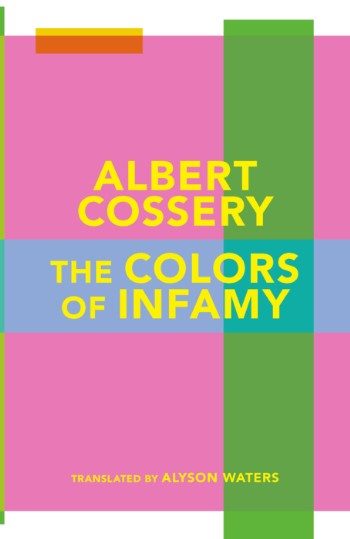 You can love foolishly at any age, but misanthropy often takes decades to ripen to penetrating, acidic perfection. Both of these satiric fictions come from superannuated writers looking back with horrified if scathing laughter at a thoroughly corrupt world. Published in 1999 when the writer was in his mid-80s, The Colors of Infamy is Albert Cossery’s final novel—he died in 2008 at the age of 94. Juan Goytisolo, one of the major Spanish writers of the 20th century, is still with us: Exiled From Almost Everywhere appeared in 2008, when the author was in his late 70s. Both books generate arch, Swiftian entertainment out of the monumentally stupid and criminal acts of mankind, their authors sinking ironic fangs into the fear “of the aura of boredom that would envelop mankind once purged of its vermin.”

For Cossery, the mightier and grander the vermin the richer the diversion. In this engaging short novel, as in a number of his others, the writer limns a Cairo buried deep under piles of perfidy ancient and modern. Everyone is a thief in one way or another because, under its veneer of civilized enlightenment, society is at heart a parasitical activity set up for the benefit of the rich and the powerful—the politicians and the bankers, the real estate moguls and the lawyers—who excel at the grotesquely brutish skills needed to drain the life out of those lower down the food chain. The poor, scrambling to survive, are too shell-shocked to see what is happening.

In the book’s marvelous opening paragraphs, crowds of the city’s hungry and dissolute stream down the street, barely glancing at the luxury goods (radios, televisions, VCRs, and household appliances) in the store windows: “Only a few individuals, either from fatigue or out of infantile curiosity, stopped to contemplate all these objects beyond their comprehension, wondering what unjust fate had caused them to be so poor in a country so rich.” Cossery’s novels should be in every Occupy Wall Street library in the country: inequality is not a matter of fate but the result of an exhausted acquiescence to subterfuge.

Not that the novelist’s solution to endemic corruption would inspire protest. Cossery’s wised-up anti-heroes are not dedicated agents of change but narcissistic aesthetes who impishly cultivate a sophisticated taste for the degradation around them. Artists, writers, and small-time thieves, they relish the homicidal barbarity committed by the masters of crime, such as the developer in The Colors of Infamy whose substandard housing project collapses and kills 50 people.

A resolute bohemian/hedonist who spent most of his life in Paris, Cossery projected fanciful versions of himself into his fiction—his rebels-on-the-margins are sexually alluring, intellectually nimble truth tellers who are obsessively dedicated to the Edenic satisfactions of life. What saves them from inhumane indifference is tough love for the poor and forgotten and Cossery’s tongue-in-cheek savoring of the preening of his low-rent, self-admiring “supermen.”

In his final novel, Cossery doesn’t seem to care about fashioning a plot, which makes this book weaker than the wonderful A Splendid Conspiracy (also well translated by Alyson Waters, see below), where a cadre of young ne’er-do-wells have fun plotting a deliciously parodic revenge against an overreaching police official, generating suspense and romantic machinations along the way. The Colors of Infamy revolves around a series of conversations: Ossama picks the pocket of the greedy developer, Atef Suleyman, and in the latter’s wallet finds a letter that incriminates higher-ups in the government. What to do with such a incendiary prize? The stylishly dressed crook talks to a prostitute who is hopelessly love with him, a legendary thief, Nimr, just out of prison, and, best of all, a self-important writer named Karamallah, who, harassed by creditors and the police, lives in his family crypt in the graveyard, joining “the stampede of the downtrodden,” “thousands of homeless people [who] had settled there without anyone’s permission.”

Predictably, Karamallah has his own young, smitten, female admirer; she is working on an academic paper based on his journalism and adventures. More amusingly, the author is given to sprightly sardonic meditations on how he has arranged his life in the shadow of death: “He himself would surely have chosen to become a thief had he not been blessed at an early age with the insight that he would fight hypocrisy by means more intellectually satisfying than the classic homemade bomb.” Perhaps, in order to supply a genial coda to a literary career dedicated to the celebration of charming rapscallions, Cossery chose to make his last sneer a firecracker of a farce—the climactic conversation among Suleyman, Ossama, Nimr, and Karamallah spins a delightfully amusing variation on the banality of evil.

Cossery’s assault on the injustice of society is mounted from the perspective of death: Karamallah’s camp at the graveyard suggests that to do unmitigated disdain right means talking raucous trash about humanity as if you were no longer alive. The iconoclastic barbs fired off by Juan Goytisolo’s Exiled From Almost Everywhere are propelled by taking that macabre premise as far as it can go—the novel is narrated by a pedophile (the Parisian “Monster of Le Sentier”) who has been blown up by a terrorist bomb. But for him the afterlife is made up of countless computers that generate a Virtual Universe that just won’t let him rest-in-peace.

Le Sentier receives endless e-mails from the living, messages from Fundamentalist Christians, theme parks, Buddhist temples, zoos, and aquariums. Apparently there is no off or delete buttons in the Hereafter. The mind-numbing pollution drives him mad:

The deceased inhabitant of Le Sentier doesn’t have the strength to deal with such stupidity. Humanity disgusts him. We will take advantage of our ability to penetrate into his bewildered mind to reveal our first findings to the reader: his dream of being recruited by a radical organization and perpetuating lethal bombings.

The surreal device lets Goytisolo manhandle his mangy and unsympathetic protagonist via a series of absurd shenanigans in the “real” world dreamed up by a strange crew of terrorist-trainers, from the child-groping Monsignor to the Iman “Alice,” who continually switches sexes and sides, and a Rastafarian Rabbi. The chapters are short, have jokey titles (“That’s shit no pants can handle”), and inevitably end with our “monster” failing to find redemption through martyrdom. Our dead ogre is no match for the giant ogres, all in cahoots, running the world.

The main target is the war on terrorism as big business, scapegoater of the poor and marginal, nationalist boondoggle, bonanza for fundamentalists of all stripes and ideologies. Goytisolo has written masterpieces, including Marks of Identity (which rates a pun in Peter Bush’s frisky translation), but Exiled From Almost Everywhere is not in that league, given its sloppy smorgasbord structure and broad, hit-or-miss brand of humor. The problem with lampooning extremists is that, in an effort to keep up with increasingly unbelievable fact, the caricatures grow into two-ton cartoons. In one chapter, our would-be terrorist dreams of the launch of a fantasy missile, “a so-called erogenous bomb [that contained] aphrodisiac substances to trigger off collective homoerotic behavior and seriously undermine the defensive capabilities of the country targeted.” Silly, yes—pointed, no.

But this book, venturing where most black comedies fear to tread, makes some sharp incisions into sacred cows, particularly on how the world’s battle against terrorism has become a for-profit institution that depends on keeping the masses duped: “The war without concessions against terrorism requires the permanent reality of terror and its commercialism as a vital commodity.” The System and the Anti-System inevitably need each other, the madness of each side eventually melding into a global war on sanity.

And there are some funny side jabs, such as a suggestion that the “non-productive, needy classes could opt in a pilot program of unquestioned value to enter a state of wintry lethargy that would spare them the need to hunt for a crust of bread during the harshest months, with subsequent savings in capital and human suffering.” Why eat the unnecessary, as Swift indicated, when we might be able to freeze the unproductive to save our democratic way of life? Thus Exiled From Almost Everywhere earns its place on a shelf in the Occupy Wall Street library, if only for its vision of Terror, Inc. as a farce maintained by the powerful. 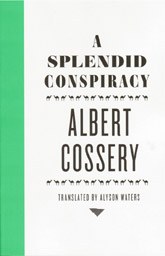 The novel’s worship of indolence is tailor made for reading during the Christmas break. In fact, if Cossery (1913–2008) had his way you would never go back to work. The writer left Egypt as a young man for Paris, where he hung out with Albert Camus and other French intellectuals while leading a life of hedonism (he estimated he had slept with over 2,000 women). Cossery’s fiction financed his bohemian lifestyle and promulgates his anarchistic perspective. This 1975 novel features a police inspector in a small Egyptian town who suspects “terrorists” are kidnapping and/or killing some of its most notable citizens. Cossery’s gang of gleeful indigents, who mock everything but leisure and sex, are suspected to be the culprits. In one striking passage, the ringleader of the laid back crew expresses sympathy for those dedicated to destruction: “The tiniest bomb that explodes somewhere should delight us, for behind the noise it makes when it explodes, even if barely audible, lies the laughter of a distant friend.” A fascinating read in the age of terrorism . . .