You are here: Home / Featured / Stage Remembrance: Saluting Paul Scofield — A Titanic Figure in the History of the Theater

If you ask the British public who the foremost actors of the 20th century were, you will likely get the names of Sir John Gielgud, Sir Ralph Richardson, Sir Laurence Olivier (later Lord Olivier), and Sir Alec Guinness. You are not likely to hear the name of Paul Scofield, who died last week of leukemia at the age of 86. 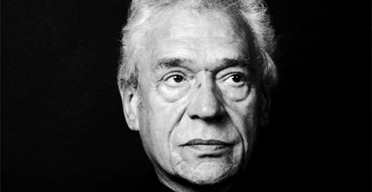 The late Paul Scofield — a titanic figure in theatrical history

Why, you may wonder. He was a titanic figure in theatrical history. He was named a Commander of the British Empire in 1956, and was in 2001 made a Companion of Honour, an accolade allowed to only 65 living persons at any time. But he was not a “Sir.” The public generally views a knighthood as a requisite stamp of approval accorded the best. Scofield was, in fact, offered a knighthood several times, but he repeatedly turned it down. He said, “If you want a title, what’s wrong with Mr.? I have a title, which is the same one I have always had.” Scofield remained throughout his life a private person, who was non-gregarious, almost never gave interviews, and did not crave celebrity.

Whatever the public’s attitude, Scofield was idolized within the theatrical profession itself. The great director Peter Brook, who worked with Scofield over many years, recalled that back in 1950 he was “already recognized as the most extraordinary young actor of his time,” adding that “beneath the gentle modesty of his behavior lay the absolute assurance of a born artist.”

Paul Scofield — “the absolute assurance of a born artist”

Actor Richard Burton once commented that “of the ten greatest moments in the theatre, eight are Scofield’s.” Four years ago, in a poll of 200 members of the Royal Shakespeare Company, Scofield’s 1962 King Lear (directed by Brook) was voted the greatest performance ever in a Shakespearean play (it also won the Evening Standard Award for best actor). Sir Richard Eyre, who headed the National Theatre for a decade and directed Scofield, said a few years ago that Scofield was “not only the best there is, but the best there has ever been.”

On learning of his death, Nicholas Hytner, current honcho of the National Theatre, said, “No actor summoned with such authority the mysterious depths of human experience. He was revered by all other actors, and his amazing voice was the subject of numerous imitations.” Actor Simon Callow called him “an absolutely towering actor….it was like being near a fire.” Actress Felicity Kendal called him “a genius actor….his body of work is just tremendous.” Actor Corin Redgrave termed him “the finest actor I have ever worked with.” And Gregory Doran, associate director of the Royal Shakespeare Company, stated that “his versatility was phenomenal” (only Guinness matched him in this regard).

Scofield’s remarkable Shakespearean career began with a performance of Juliet at the age of 13. He enacted the Big Four – Hamlet (1948), Lear (1962-64, with an extensive international tour, including New York), Macbeth (1967), Othello (1980) – and over the years undertook some 25 other roles, including Petruchio, Cloten, Henry V, Aguecheek, Pericles, Troilus, Richard II, Coriolanus, Timon, Prospero, and Oberon.

He appeared in numerous classics, among them “The Importance of Being Earnest,” “Major Barbara,” “Arms and the Man,” “She Stoops to Conquer,” “Juno and the Paycock,” “Man and Superman,” “The Lady From the Sea,” “Doctor Faustus,” “The Relapse,” “The Seagull,” “The Way of the World,” “School for Scandal,” “The Government Inspector,” “Uncle Vanya,” “Volpone,” and “Heartbreak House.”

There were plenty of new plays too. He had a major success as Sir Thomas More in Robert Bolt’s “A Man for All Seasons” (1960), which he went on to play in New York, winning the best-actor Tony Award in 1962. (He starred in the l966 film version, winning the Oscar and London’s BAFTA award for best actor.) In 1976 he had the title role in Fugard’s “Dimetos,” and in 1979 played Salieri in Shaffer’s “Amadeus.”

Paul Scofield as King Lear and Irene Worth as Goneril

Somewhat surprisingly, in 1986 he took on the part of Nat, the octogenarian leftish Lithuanian Jew in Herb Gardner’s “I’m Not Rappaport,” which takes place in New York’s Central Park. This is a virtuosic role, of which Scofield said, “I talk more in this play than I’ve ever talked in any play.” And he made the most of it. His co-star was the late American actor Howard E. Rollins, who enacted the black janitor whose eyesight is failing. Rollins told me that he was inordinately lucky to have the opportunity of acting with Scofield.

Scofield’s final stage assignment (1996) found him at the summit of his powers: the title role in Ibsen’s penultimate work, “John Gabriel Borkman.” In this production Scofield (who won the best-actor Evening Standard Award) was joined by Vanessa Redgrave, Dame Eileen Atkins, and the late Michael Bryant – as formidable a cast as one could assemble. This was one of the peak experiences in my stage-going life. The theater simply does not get any greater than this.

Scofield appeared in a modest number of feature films. In the first, “That Lady” (1955), he portrayed Philip II of Spain and won the BAFTA award for Most Promising Newcomer. He won a BAFTA nomination in 1994 as Columbia University professor Mark Van Doren in “Quiz Show” (directed by Robert Redford). Another BAFTA award went to him for his Judge Danforth in the screen version of Arthur Miller’s “The Crucible” (1997).

There was a considerable amount of television and radio work, starting with the title role in Pirandello’s “Henry IV” (1959). He played Anne Frank’s father in “The Attic” (1987), and received a BAFTA nomination for the title part in an adaptation of Dickens’ “Martin Chuzzlewit” (1994). On the BBC radio he was Marlowe’s Tamburlaine (1949), and read Mann’s “Death in Venice” (1973), the Book of Job (1976), T.S. Eliot’s “Four Quartets” (1999), and Kafka’s “The Trial”(2001). Finally, there was a last go at King Lear (September of 2001). But Scofield’s prime loyalty was to the theater; there was never a temptation to desert the stage for Hollywood, as with Sir Anthony Hopkins.

In honor of the actor’s 80th birthday, Garry O’Connor in 2002 published an insightful biography, “Paul Scofield: An Actor for All Seasons.” The book has the additional virtue of sporting an Appendix by the magnificent late actress Irene Worth, who played Goneril in Scofield’s celebrated “Lear” and here describes and discusses the actor’s interpretation of this Mt. Everest of a role.

It is quite proper to venerate Gielgud, Richardson, Guinness and Olivier. But remember that Paul Scofield belongs in their company.