Singer Leslie Beukelman has a lot going for her, including her time, the quality of her voice, her control of improvisation, and her capacity to reach deeply into a ballad. 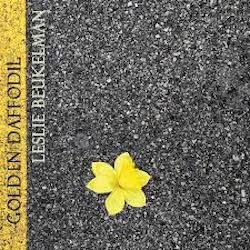 Many vocal releases pass over my transom –most of them by female singers. If it’s not a historical re-release of tracks by one of the elite jazz singers, something has to make the disc stand out to snag my attention. While there’s nothing earth-shaking on singer Leslie Beukelman’s Golden Daffodil, the album has enough going for it to merit consideration.

Beukelman’s voice is on the low end of the soprano range; akin to singer Blossom Dearie’s, although somewhat huskier. She and her rhythm section have worked together often, and it shows. Golden Daffodil includes pianist Rob Clearfield, bassist Patrick Mulcahy, and Jon Deitemyer on drums. All acquit themselves well; Mulcahy is especially impressive.

Beukelman’s original, “Dear Alice,” proceeds on top of a cushion created by repeated phrases on the piano and the bass. The melody of this evocative song is straightforward, but when juxtaposed against the piano-bass figure the performance takes on an interestingly free-floating quality. Vocal double-tracking creates harmony, but it’s subtly done. Near the end of the piece, Deitomeyer builds up increasing tension with cymbals, but soon the song simply floats away.

“I’m Gonna Laugh You” is, in some ways, the most challenging song on the album. Beukelman’s entrance is set up by piano and bass repeating notes in the low register, along with what sounds like incessant taps on the edge of a snare drum. The tune’s lyrics (music by Cy Coleman, words by Joseph McCarthy) are usually sung ruefully — but the accompaniment’s almost sinister nature brings out a dark side. However, for the last eight bars of the chorus the nature of the accompaniment changes markedly. It becomes more “normal” and Beukelman takes the standard, melancholic approach to the lyrics. Piano provides a nice solo as the rhythm section joins in. After the solo, the emotional pitch moves between the two extremes before a return to the initial conception. After several listens, I’m not sure whether to characterize the arrangement as challenging or slightly ill-conceived.

The standard “Here’s That Rainy Day” starts off with an effective bass solo. Beukelman joins in, singing a pretty challenging melody, especially without keyboard help. She does a nice job. Bass solos, Beukelman follows with eight bars of scat,  and then a freely sung final chorus. There’s certainly something of Sheila Jordan here, albeit with a more straightforward vocal approach.

I personally don’t like how fast the tune “My Shining Hour” is usually taken, so I’m happy with the moderate tempo taken here. The group starts with an out-of time intro and then moves into a moderate waltz tempo, which I’ve never heard applied to this tune. The choice fits well. The looseness of the tempo and the emotional pitch of the song are appealing, a pleasing match for Beukelman’s voice.

“Days of Grey” is another Beukelman original, but unlike “Dear Alice” it isn’t very distinctive. The tune has a vaguely country-rock quality. It’s well performed and the lyrics are creative, but musically there are no artful surprises.

The first chorus of the standard “September in the Rain” alternates Beukelman’s a capella sections with punctuations by the rhythm section. There is a strolling piano solo and the vocal returns with an aggressive scat chorus that leads back to lyrics in the bridge and a repeating fadeout closer. Nice arrangement.

The group takes “My Secret Love “at a good clip. Beukelman has a playful approach and Deitemyer on drums plays tastefully and cleanly.

“The Nearness of You” is a good fit because the tune suits Beukelman’s voice quite well in terms of range and expressiveness. Clearfield takes a skillful solo on piano, touching on Bill Evans as he goes. Beukelman draws on breathiness and vibrato  — and it works.

The final track, “Wasting Time,” is much like “Days of Grey”  — country rock-ish, with a slight gospel touch. I’m always surprised when songs like these are put on albums dominated by jazz songs. I don’t get the strategy — they seem to me to be aimed at a different audience.

Leslie Beukelman has a lot going for her. Her time, the quality of her voice, her control of improvisation, her capacity to reach deeply into a ballad and (most) of her choice of repertory. She makes use of a variety of different arranging approaches on Golden Daffodil and, while not every one pays off, her creative effort should be applauded. When the COVID-19 all-clear sounds and people are able to start performing again, I’d be happy to catch Beukelman and this trio in action.