Hilary Hahn supplies a disc of immaculate Bach; conductor Sakari Oramo and the Vienna Philharmonic play music by Rued Langgaard to the hilt. 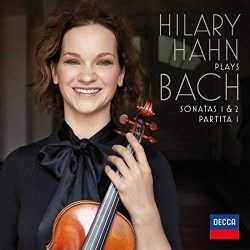 Twenty-one years after her first foray into the set, Hilary Hahn’s traversal of Bach’s six unaccompanied Sonatas and Partitas for solo violins is now complete. Her new Decca release, pairing the first two Sonatas and the B-minor Partita, picks up right where the last one (for Sony Classical) left off.

Technically, the playing’s flawless. Every note speaks — or, more accurately, sings. Textures are lean and the melodic line, whether it be in a fugue or the G-minor Sonata’s lilting “Siciliana,” is enunciated with the utmost clarity and striking shapeliness. None of the music’s daunting triple- and quadruple-stops hold any terrors for Hahn, either: she dispatches them with an ease and evenness that makes you wonder how hard they really might to play be in the first place (the answer: plenty).

Where this new release differs from the old one is primarily, as some critics (and Hahn, herself) has noted, in its sense of phrasing. Overall, Hahn’s playing, while no less intense, is more relaxed dealing with this music than it was in the late-‘90s. Of course, it should be: she’s been playing these pieces almost daily over those years. The corresponding depth apparent in her performances is at once intellectually and emotionally satisfying.

You can tell this very clearly in both Sonatas’ challenging fugues. The A-minor packs a world of drama and intensity into its eight minutes. So does the G-minor, with its broad articulations of the fugue subject, attentive dynamic shape, and clearly-defined structure.

The Partita is likewise carefully molded through a mix of dynamic nuance (the Allemande’s Double), dancing energy (the Courante and Borea), pinpoint articulations (the Courante’s Double), and songful pathos (the Sarabande).

Simply put, this is immaculate Bach. It’s smartly played, yes, but Hahn brings more to the music than just technical assurance and intellectual rigor. She’s got both of those in spades but applies them to draw out the music’s essentiality. The results are potent and compelling. 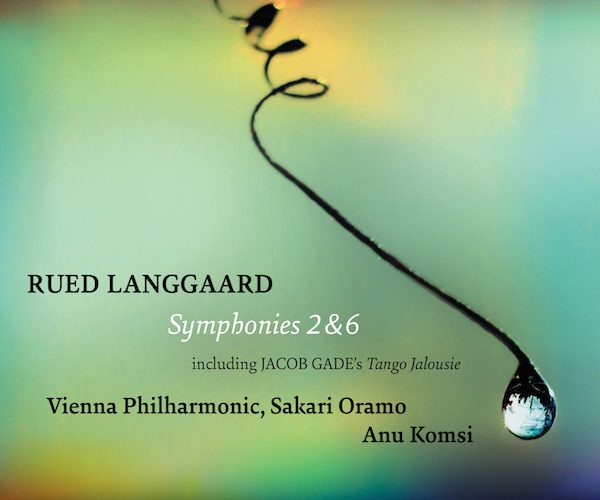 Here are two things you don’t come across every day: a new recording by the Vienna Philharmonic (VPO) performing music by Rued Langgaard.

A Danish musician about a generation younger than Carl Nielsen, Langgaard was, at times, one of the most visionary composers of the 20th-century: his Music of the Spheres is a ravishing, forward-looking work of staggering harmonic, orchestrational, and rhythmic complexity. On the other hand, he could be decidedly old-fashioned.

The VPO’s new disc highlights both of those tendencies in Langgaard’s output, pairing his neo-Straussian Symphony no. 2 (from 1914) with the apocalyptic Sixth (from 1920) and a movement from the Fourth (written in the late-‘40s).

Langgaard’s Second is gloriously florid: kind of like Franz Schmidt’s contemporaneous Symphony no. 2, only with less of a convoluted sense of melody. It was probably nobody’s idea of modern music in 1914 — the piece certainly doesn’t sound like it sits anywhere in the stylistic or harmonic nexus of coeval Stravinsky or Schoenberg — but, for a capable mimicry of Strauss at his most opulent, you can certainly do much worse.

Regardless, it’s an impressive essay for a twenty-one-year old. The Symphony’s three movements attempt to depict the feelings evoked by spring; its concluding one sets a pair of poems by Emil Rittershaus (sung here by soprano Anu Komsi). Langgaard’s melodic writing is sumptuous and lyrical, full of leaping figures, and rigorously contrapuntal. The scoring is blazingly colorful — his brass writing, in particular, is as idiomatic as anything you’ll find in Strauss or Wagner — and never lacking for the striking gesture.

Conductor Sakari Oramo and the VPO play it to the hilt, with Langgaard’s magisterial brass writing (especially the plush horn scoring), leading the way. Soprano Komsi gives an effortlessly-spun account of the finale’s text, her intonation and tone impeccable throughout.

The Sixth Symphony, completed just six years later, is a different beast entirely. Modeled on Nielsen’s through-composed Symphony no. 4, it received a post-dated subtitle (“Heavens Asunder”) and an apocalyptic program concerning a cosmic battle between good and evil.

The character of the music is far more astringent that what you hear in the Second, drawing heavily on chromaticism and unresolved dissonance. Crafted as a theme and variations, the score is tightly motivic and highly contrapuntal, echoing a number of Langgaard’s peers and influences (from Wagner to Hindemith and Nielsen) in the process.

Again, the VPO’s playing here is faultlessly rich and balanced. The gently-flowing introductory section is beautifully paced and Oramo leads the transitions between each of the five variations with a clear sense of where the music is ultimately headed. One might ask for a bit more bite in certain of the entries during the fugal variation, but, for color and power (especially at the end of the Sixth’s coda), the Philharmonic more than delivers the goods.

An extract from Langgaard’s much later (ca. 1948) Symphony no. 14 (“Unnoticed Morning Star”) provides a lush, lyrical filler before Jacob Gade’s Tango Jalousie wraps things up. Gade was a contemporary of Langgaard’s and this Tango is his biggest hit. In the present performance, Oramo takes the introductory violin solos himself and leads the performance fiddle-in-hand. The Philharmonic has their fun with it: this Tango never gets too hot but is pleasingly exotic-sounding, all the same (think of it as a Latin Johann Strauss czardas) — a spirited end to a very fine, unexpected disc.