For my taste, some of the songs on Kurt Elling’s The Questions simply aren’t challenging or interesting enough. 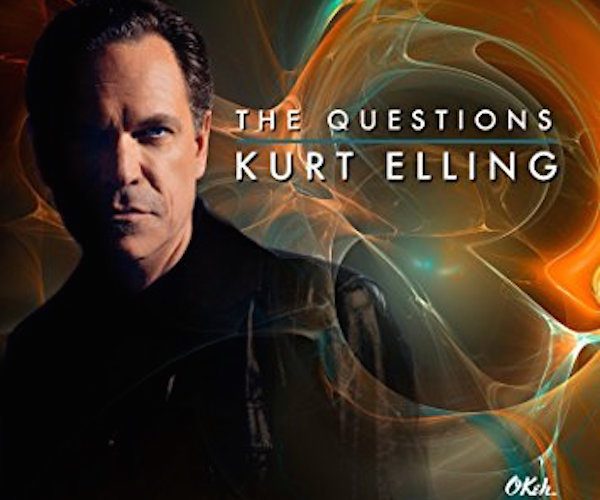 I’ve always considered Kurt Elling a seeker. A number of his songs address the search for meaning; anyone who puts lyrics to a entire section of John Coltrane’s “A Love Supreme” cares about asking important questions.

According to the CD notes, this album was not initially conceived as serving a unifying idea, but while Elling was mixing the recording with co-producer Branford Marsalis, the vocalist realized that each of the songs addresses important questions. Hence: The Questions. In truth, some songs here do and some don’t — at least not much more than most songs do. So approach the claim that The Questions is a “concept” album with skepticism.

Bob Dylan’s “A Hard Rain’s Gonna Fall” is a good place to start if you’re expecting some sort of social critique. The song’s anti-nuke imagery is strong and Elling’s voice takes the message seriously. The arrangement features a combination of exposed vocals, a straight ahead jazz rhythm section, and some free percussion. In a sense, he’s done what a filmmaker does when making a play into a film; he revitalizes the tune’s dimensions by opening up its vistas.

“A Happy Thought” sets pianist Stu Mindeman’s music to Franz Wright’s thoughtful and insightful poem. The melody is fairly predictable, as is the harmony, with only a couple of unexpected twists. This provides little fodder for the piano solo. Perhaps the idea was the best approach would be to match simple music with sophisticated lyrics. Elling understands the lyrics and imbues the vocal with sensitivity. But, to me, the music doesn’t serve the needs of the lyrics.

The album’s arrangement of An American Tune brings a stately quality to this “Bridge Over Troubled Water”-esque Paul Simon composition. Elling’s previous recording of the tune, on 1619 Broadway just uses voice and piano. This version if much more ambitious, with orchestrated horns and guitar. The drums evoke an almost funereal parade beat with patriotic overtones. The goal is to impart an anthemic quality. Elling sings beautifully and the musicians accomplish what they set out to do, but the somewhat grandiose sensibility does not appeal. This listener yearns for richer fodder for the master; Elling is capable of much more complication.

“Washing of the Water” is performed by voice and piano. Composed by Peter Gabriel, the tune proffers the style of a spiritual, albeit with no biblical references. “Give me something to take this pain away” is the telling refrain in this song, which, like An American Tune, is musically simple. Elling wrings everything possible out of the melody, but this is not the kind of song that reaches me emotionally.

“A Secret in Three Views” was written by Jaco Pastorius, with lyrics by Elling, inspired by the poet Rumi. This song asks questions and actually offers some answers. It is a more varied tune than those we’ve encountered so far, with several contrasting sections. Voice and bass enter and are joined by drums, then guitar. There is a guitar solo, followed by a section with a unison improvised-feeling by bass, piano, and guitar. A swelling and fading organ provides a wash for the voice. A rare straight-ahead declaration (on this CD) ends the tune: “You are holy and you are mine!”

“Lonely Town” is a Leonard Bernstein-Comden and Green collaboration written for the musical On the Town. It’s a well-wrought, very pretty tune, with straightforward lyrics about how lonely life is without love. The song is usually performed as a ballad, but here it is given a medium-up Latin tempo, a choice I can’t say I understand. Piano and fluegelhorn solos by Joey Calderazzo and Marquis Hill hew closely to the melody. Both do the job, though they don’t thrill. A vamp with some background improv by piano and fluegelhorn takes it out.

“Endless Lawns” is an extension of Carla Bley’s Lawns. Elling takes the melody in a slightly faster than ballad tempo, followed by Hill on fluegelhorn, who provides a simple elaboration of the melody, which works well. The music is not as complex as some of Bley’s other work, but there’s some piquancy. Hill follows, and the lyrics strike a thematic balance we’ve seen before on this album, hovering between unsolvable questions and glimmers of hope. All in all, I wish there’d been more complexity here, both in terms of the melody and harmony. The ending is protracted and, despite Elling’s vocal commitment, I found myself drifting away.

“I Have Dreamed” from The King And I sits squarely in the realm of romantic show tunes by Rodgers and Hammerstein. It’s not a tune that has been adopted by jazz players, possibly because the harmony is fairly simple. Accompanied just by guitar, Elling delivers a nice version of the verse. Drums play a kind of slow street beat as the rest of the band enters slowly. Branford Marsalis blows a nice soprano sax solo. Increasing the volume does build some intensity in the arrangement, but essentially, this takes a fairly conventional approach to the song.

“The Enchantress” is a Caldarazzo original with Elling’s lyrics “adapting parts of a Wallace Stevens poem.” I’m not sure exactly what ‘adapting’ means here, but the poetic language hovers between abstract imagery and earthiness. This is a tuneful bossa nova, with extra percussion that gives the proceedings a little more texture. Elling’s performance finds the right emotional pitch — a solid example of the bossa nova genre.

“Skylark” is a much-played standard by Hoagy Carmichael and Johnny Mercer. Guitar sets an atmospheric opening, joined by voice and bowed bass. Elling approaches the song delicately, adding some melodic alterations. Piano joins, and a conventional tempo kicks in for a while, then becoming freer. Elling finishes the chorus and piano takes a sparse but arresting solo. When the vocal returns, Elling presses the emotion, but I’m not sure this lyric can handle the forcefulness. When he backs off a bit, the result is much more convincing. Guitar and voice close with a unison ascending line.

I’ve been a pretty harsh critic of some of these tunes, but along the way I have made my prejudices clear. Elling is unsurpassed as a vocalist, and he demonstrates that excellence here. But, for my taste, some of the songs on The Questions simply aren’t challenging or interesting enough.