You are here: Home / Books / Book Review: “The Story of Hebrew” — A Surprise Comeback

I cannot recall reading any book about Jewish history that contains so many “Aha!” moments. 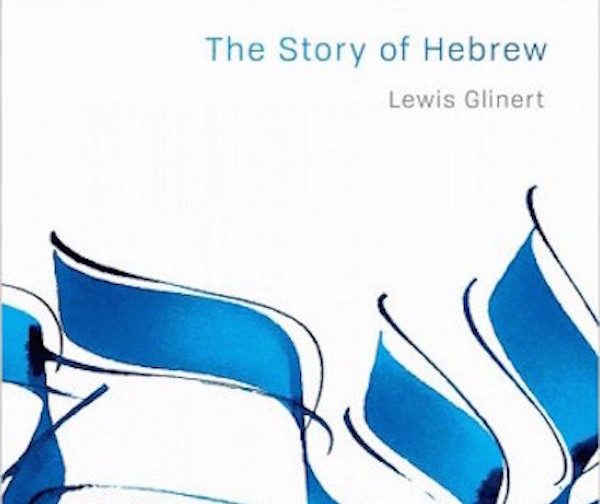 Studying the Hebrew language — Biblical and modern — has consumed this reviewer for the better part of fifty years. This ancient language has held a strong grip on my linguistics-loving brain while exerting an even stronger attraction on a more spiritual level — my soul. And yet, I never really gave much thought to the history of the language. Its connections with Jewish history, certainly, but not the myriad ways the past may have shaped the Hebrew language itself. With the exception of Ilan Stavan’s Resurrecting Hebrew (Nextbook, 2008), I cannot recall reading another tome on this weighty subject. And I cannot recall reading any book about Jewish history that contains as much suspense and as many surprises, that supplies so many “Aha!” moments.

One of the reasons for that may be that nothing quite like Lewis Glinert’s The Story of Hebrew has come along before. I must admit I hadn’t expected such an exceedingly readable book to come from a prestigious academic publisher, but Princeton University Press has done a real service for all those interested in the backstory of Modern Hebrew. A Professor of Hebrew at Dartmouth College, Glinert turns out to be a knowledgable and elegant storyteller; his writing is clear and full of charm, to the point that I was rarely able to stop reading at at the end of a chapter. He has an extremely fascinating tale to tell: the adventure of a moribund language that sprang back to life after two thousand years, a period when it was used mostly for religious service and scholarship  — for prayer, and to study the Torah, Talmud, and other written texts.

In a mere 281 pages, Glinert deftly guides the reader through the millennia, examining what the Hebrew language meant to the people who possessed it — what they wrote about Hebrew and the various ways in which they used it, keeping it alive “by raising their young men to study and ponder Hebrew texts (The Torah and Talmud).” That the language was transformed, in a blink of a historical eye, from serving a religious function to becoming the language of national identity, is thought to be miraculous by many. One reason the language bounced back is that, for most of its history, Hebrew remained relatively free of foreign influences. “Even the account in Genesis and Exodus of Israel in Egypt has fairly few Egyptian linguistic touches,” observes Glinert. His volume deftly explores the extraordinary symbolic power accrued by Hebrew over the centuries, a significance that helped it survive numerous catastrophes, especially Jewish exiles and migrations.

One of the book’s topics which had never occurred to me is the seminal role Hebrew has played in the Christian imagination. For both Jews and Christians, Hebrew has been imbued with an extraordinary resonance. For Christians, Hebrew has meant “at times a great deal, at times nothing.” In an interview for the Princeton University Press, Glinert sums up the language’s influence well:

For centuries, Christians learned the Bible in Latin or Greek or whatever, but suddenly a cry would arise: “Our translations are false. Let us revisit the Hebrew!” And so you have the 4th century hermit Jerome mastering Hebrew and producing what became the standard Latin translation. And again with the humanists—Erasmus, Tyndale, and the authors of the King James version. Hebrew also provided the combustion in religious break-outs: Reformation, Puritanism, Mormonism, and endless but fruitless attempts to use it to convert the Jews. And here and there, a quest for deeper dimensions (Christian Kabbalah) and a new society (Colonial America), which gave us all those American Hebrew place names and perhaps even contributed to our distinctive laws and values.

Glinert begins with “Let there be Hebrew!” an obvious play on God’s command to the universe in Genesis, and notes how the Bible uses Hebrew word association (overtly or implicitly) in the process of naming scores of people and places.  Glinert examines one of Hebrew’s wonders — the three letter root which generates groups of related words or clusters, “constructed on a skeleton of consonants.” Biblical Hebrew, he writes, “is stunningly flexible…”

Glinert guides us through the sad adventures of post-exilic Hebrew (538 BCE), examining the apparent mystery that neither the Talmud or Midrash mention any efforts to keep spoken Hebrew alive. “Spoken Hebrew seems have vanished with little fuss and no obituary,” he states. Instead, Glinert asserts that “in a remarkable act of spiritual resistance, the Rabbis chose Hebrew as the medium in which to preserve the Midrash and Mishnah (a huge storehouse of oral interpretations of the Torah) and approved a suite of Hebrew prayers for Jews to memorize whenever they might find an abode.”

The most astounding thing about Hebrew is its act of rejuvenation: it was reborn, just a century ago, to become a mother tongue that is spoken today by millions. A resurgence after a 2,000 years hiatus! Glinert pays apt homage: “I’ll leave the definition of miracles to philosophers. Even if we could be sure of the constellation of social, political and spiritual forces that made it happen—and we really aren’t—it was clearly an extraordinary event in human history. Could it be repeated? Perhaps. But it’s a tall order to recharge languages in decline even if they’re still spoken, let alone when all you have is written texts.” Apparently, “it was all rather different from how language ‘death’ or decline is normally conceived by sociologists of language… With the collapse of Judea, maintaining spoken Hebrew may well have seemed a lost cause.” Aramaic became the spoken language, while the religion’s sages restricted Hebrew (and Judaism itself) to focus entirely on the Torah and its study. Without (at least for the time being) the existence of a Temple, a King, or an army, the language was placed into a state of scholarly hibernation: “Through the perpetuation of the vast workaday terminology of the Oral Law in Hebrew, there was a prospect that the language could be kept, as it were, refrigerated until it might be restored to life. It was an extraordinary act of linguistic faith, and it would bear lasting fruit.”

The chapter devoted to the Masorites who, for three centuries (beginning in around 800 CE), created an authoritative system of biblical spelling, pronunciation, phrasing, and chanting came very close to my linguistic heart. (I am presently studying Torah cantillation, for which the Masorites set down the permanent rules.) These “guardians of Hebrew’s textual memory” created a fail-safe against copying errors, a guarantee that the text would never be corrupted even though it was worked on by a number of hands. What might have made for dull reading is continually compelling in The Story of Hebrew.

Glinert devotes several intriguing chapters to Hebrew’s rebirth from semi-hibernation to its role as a “normal” spoken language. I knew the bare bones of this process, but in this volume contains a treasure-trove of tales that detail the efforts of the people involved in the indispensable effort to kick Hebrew back into vocal gear. Glinert delivers the awe-inspiring yarn of Hebrew’s comeback with his usual dramatic élan. (This informative book would make a great present for Chanukah.) I had the feeling that each of the chapters could easily be lectures (he teaches at Dartmouth), and were I an undergraduate there, I would surely take his course.