You are here: Home / Books / Book Review: “Shooting Creek and Other Stories” — The Presence of Evil

These well-crafted stories are not for the faint-hearted.

Shooting Creek and Other Stories by Scott Loring Sanders. Down and Out Books, 201 pages, $14.95 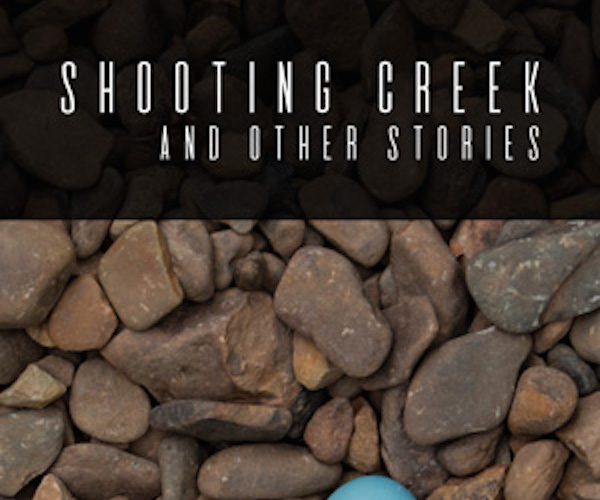 Scott Loring Sanders is a very talented writer who has written two earlier works of fiction, The Hanging Wood and Gray Baby, and who teaches writing at Emerson and Lesley Colleges here in Boston, His new book comes with well-deserved blurbs from best-selling author Ron Rash and the Editor-in-Chief of Ellery Queen’s Mystery Magazine, Janet Hutchings.

But these well-crafted stories are not for the faint-hearted. They are set in rural areas and explore the lives of people who are unusually desperate or unusually alone. And they come at exactly the right time in our national history, when these lives have been all but forgotten and, even worse, almost totally ignored by those in power. Often that is the way things happen. I find it interesting, but no coincidence that, on  the very morning when I was starting to write this review, there was a piece in The New York Times that Julia Wolfe’s Pulitzer Prize winning oratorio “Anthracite Fields,” which honors “the sacrifices of Pennsylvania coal miners for the last hundred years,” was being performed in coal mining country for the first time. Sometimes it takes the efforts of writers and composers and artists of all kinds to make us sit up and pay attention.

What is so compelling about this collection is that you feel the presence of evil in ways you may not have before: evil because people live in such isolated ways that the idea of rule of law becomes patently absurd; evil because good seems so irrelevant that it cannot even gain any purchase, let alone power; and evil that comes from an unexpected accident or situation that, for lack of a more specific way to describe it, we call “fate.” Thus the strongest thread that runs through this book is not how evil often triumphs over good; rather, it is how men and women and boys figure out how to survive in a world where they seem overwhelmed by trouble and poverty and poor health. Where, because they are intelligent enough to understand how limited and hard their lives are, their only recourse is to drink, or to connive, or to become invisible, or to live in a world of illusion, or even to murder.

Indeed, you may conclude on first reading that there are too many corpses in these pages, but when you read again and think about it, each corpse seems to be a logical outcome of what has come before. This is a world where bonds are not easily made, where love between parents and children is sometimes expressed in verbal and physical abuse, where husbands and wives make strange bargains, where privacy is respected to a fault, where family loyalty is prized over any kind of friendship, and where human life not only has little value, but is often transactional.

So why read about these canny, often unsympathetic folk? Because Sanders is so good that they and their tattered existences jump off the page and you begin to understand them in ways you may never have before. Here is Johnny, a teenaged boy and one of the characters in “Pleasant Grove.” It is at a time he is still allowed to dream, before his mother says, her hands trembling, “Johnny, baby, we need to have a little talk. There’s something I have to tell you.” Before he learns the truth of how he came into the world and who his father really was:

As the creek gurgled, as the snow continued to fall, now catching on the overhanging sycamore limbs curling over the water, he wondered if his daddy had ever trapped. He wondered if his love for the hunt was inherited. He thought about that often when he was in the woods, imagining what his dad had been like, fantasizing about how different his life would be if his father hadn’t been killed during a training exercise in the Army. His mother had told him she was still pregnant when his father died, at a barracks in South Carolina, never even getting the opportunity to go overseas to kill some Nazis. She only had one photo, a handsome man in uniform, his face turned in profile. But Johnny felt he resembled his father and hoped to one day have the same strong jaw line, those same rugged features.

And here is Sheriff Sutphin in the collection’s strongest story, “Shooting Creek,” when he answers the call for help after a bizarre accident:

When I approached, both Dale and Lila started hollering at me so as I couldn’t hardly catch a word. But I got the gist. Horseshoe conked the boy, Winston, right in the head. As I moved the light around in the grass, a U-shaped glint caught the beam and flashed back at me. I think that’s what unnerved me more than anything else, seeing that shoe so close to Winston’s head.

To the right of him, turned on its side, was a Ball Mason, a couple of yellow flashes blinking inside. Seeing those firefly lights, already fading in the jar, gave a gloomy picture of things to come. Like purple storm clouds stacked and rolling up over the mountains.

Ambulance arrived not too long after, and they packed him up and shipped him off. Had to travel over an hour to the hospital in Roanoke, and I expect that might have had something to do with Winston’s outcome. That delay.

Six months later I’d be right back on the property again. But that’s the nature of the business. Gets a man down every now and again, dealing with other people’s sorrow all the time.

Not all the stories are equally successful. But what comes across in almost every tale is a respect for the natural world, e.g. Frank’s love of turtles in “Frank’s Beach,” or Henry’s love of fishing in “Pawn,” or, in one of the most touching stories, “Moss Man,” Bill’s need to create his own world from the moss through which he forages each day to make a living. It gives this volume an authenticity and a resonance that cannot be ignored; and it conveys why the people who live in these rural places are often so loath to leave. These are landscapes filled with beauty and secrets and heartache that we could have never imagined. But their hold on these complex characters is real, and touching. Herein lies the strength of Sanders’s gift and why this is a book that should not only be read, but pondered and talked about.