Anne Enright’s prose, especially when she is firmly rooted in Ireland, sings; she has the ability to get the details both of setting and character, and a wonderful ear. 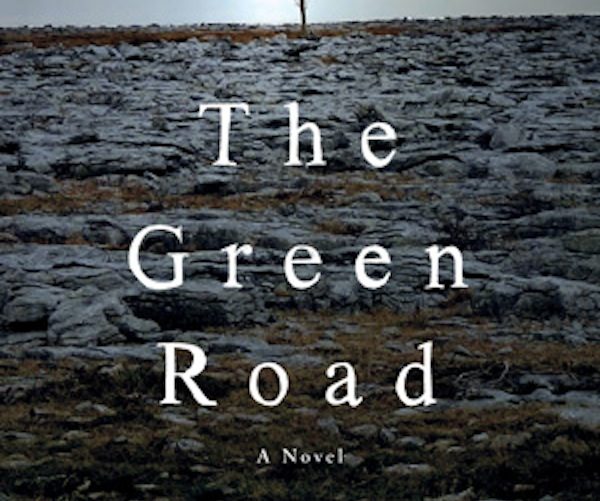 This is the first novel I have read by Anne Enright and it was clear after only a few pages that she is an extremely good writer, deserving of the accolades and the recent Man Booker Prize. Her prose, especially when she is firmly rooted in Ireland, sings; she has the ability to get the details both of setting and character, and a wonderful ear. Moreover, in the first section told by the youngest child Hanna, Enright pulls us quickly into the lives of two generations of Madigans, the mother and father, Rosaleen and Pat Madigan, and their four children, Dan, Constance, Emmet and Hanna, who live on the Atlantic Coast of Ireland and whose story spans twenty-five years, from 1980 to 2005.

What sets the story in motion is Dan’s announcement after the first year of college that he wants to be a priest. That sends Rosaleen into

the horizontal position, as Dan liked to call it, but it was the longest time Hanna could remember. The bed creaked from time to time. . . Hanna and Emmet lurked about the house, that was so large and silent without her. It all looked strange and unconnected: the turn of the bannisters gone, the line of damp on the dining room wallpaper inching up through a grove of bamboo.

Here one sees the house almost as another character, and it foreshadows what is to come in the second, more gripping part of the book which is propelled by Rosaleen’s announcement that she is planning to sell it.

In his review of this novel in The New Yorker, James Wood argues suggests that “The Green Road is a more conventional novel than anything Enright has written . . .” which surprised me because it is far from conventional. After Dan’s announcement we are then given what seems to me, at best, short stories about the three remaining children, or, at worst, set pieces that are designed to assure the reader that Enright can make her way in unfamiliar places and situations. First, we are in New York in 1991 where an unnamed narrator is giving us his take on Dan, who seems to have become not a priest, but homosexual, or, possibly, bi-sexual, and watching him make his way in a sophisticated crowd that is suffering from the devastating effects of AIDS.

Then we are back in Ireland in 1997 where Constance is waiting for a mammogram. This is some of the best writing in the novel, combining the indignities of that kind of waiting — familiar to every woman lucky enough to live in a society where mammograms are routine — with her anxieties about the lump in her breast and her ruminations on her families, her present one and the family of her childhood. We learn that she is in a somewhat stale marriage and has three children, that her father has died, and that she is scared out of her wits. But when she is pronounced clear of any sign of cancer, our hearts lift as Constance leaves the hospital and she and we experience a universal sign of relief:

The air outside the hospital doors was amazing, so packed full of oxygen and weather. Constance could not remember where she had parked the car, but she did not mind walking through the spottings of rain, pulling the sky into her lungs. Sipping at the world.

Next, we are in Mali in 2002. Emmet has become an aid worker,  traveling all over the world at the behest of non-profits whose mission is to save the third world from the ravages of colonialism, profiteering, trafficking, etc. Now he and his lover Alice are dealing with a sick dog. This veers towards cliché (as Dan’s section also did) and the prose becomes pedestrian, which may be intentional, but slows down the book considerably. Here is Emmet musing about their situation:

Emmet fell in love with a child in Cambodia, his first year out . . . he thought if he could save this one child, then Cambodia would make sense. These things happen. Love happens. There are things you can do, if you have the foresight and the money, but there isn’t that much you can do, and the child is left — he had seen it many times — the aid worker cries on the plane, feeling all that love, and the abandoned child cries on the ground, because they are damaged goods now, and their prospects worse than they might have been before.
Better a dog.

Not too soon we are back in Ireland. It is November 2005 and Rosaleen is writing her Christmas cards and informing her wayward, neglectful children (as she sees them) that she is planning to sell the house. We see them reacting, we see who they have become, where and how they are living. With this as the dramatic focus of the narrative, Enright hits her stride. We see that Rosaleen has become, like many women of her generation in every place in the western world, “a woman who did nothing and expected everything. She sat in this house, year after year, and expected.” Inevitably, her children disappoint, both her and themselves.

“She forgot to tell us about money, [Dan] thought, and we forgot to make any, because the Madigans were above all that. The stuck-up Madigans, the Madigans beyond the bridge. Rosaleen thought money would fly to us, because we deserved it. She thought we would spend our lives giving it away.”

Between that acute observation and the last line in the book when Rosaleen says. “I have paid too little attention, I think that’s the problem, I should have paid more attention to things,” the story is wonderful: sad, funny, filled with all the confusion and memory and love and hate that make all families so interesting. I won’t even try to tell what actually happens, because it sounds both bizarre and silly, yet Enright makes it believable and meaningful, and by the close of this interesting, textured book that often feels like a play, you know all the Madigans and their house and town in ways that are not only surprising, but also profound and refreshing and triumphant.