You are here: Home / Books / Book Review: “Tennessee Williams: Mad Pilgrimage of the Flesh” — A Definitive Biography of One of Our Most Important Playwrights

Tennessee Williams: Mad Pilgrimage of the Flesh is a remarkable read. It has all the hefty research you’d expect from a scholarly work, yet the story is told through prose fit for a great novel. 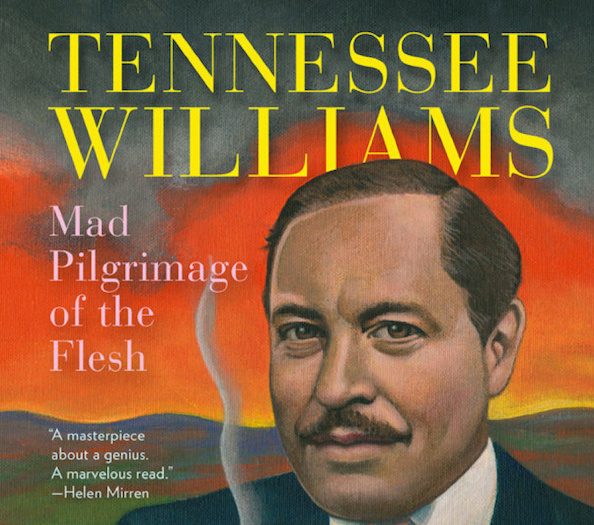 Theater critic John Lahr has done it again. While writing about one specific playwright, he has managed to capture an entire theatrical movement. Thirty-five years ago he wrote the biography of Joe Orton, an important but by no means the most feted of the ‘kitchen sink’ British writers, and in doing so created the definitive book on the era. Prick Up your Ears provided remarkable insight into the happenings of ’60s British drama.

Tennessee Williams: Mad Pilgrimage of the Flesh (W.W. Norton, 784 pp, $39.95) does exactly that for the period in American theatre between the austere times of the Depression/World War II and the ’60s counterculture movement that saw the rise of dramatists such as Leonard Melfi, Jack Gelber, and Israel Horovitz, along with the fade out in popularity of arguably our most important American playwright. “It is no coincidence that The Glass Menagerie, his first great success, happened just weeks before Roosevelt’s death and the end of the war in Europe” Lahr states.

He also is able to capture the voice of his subject amid a daunting amount of dense material, making this six-hundred page biography a page-turner. This potent facility, along with meticulously researched background, is Lahr’s gift to the reader. Even as he quotes the poetry of Williams’s lines, there is an eloquence to his own writing style.

Early on in the book we hear from Williams’s friend, then a struggling dramatist and failing actor, Horton Foote, who recalls the hard times and early successes of Williams. His insightful prospective sets up the book’s portrait of a conflicted Williams, a man who was determinedly at odds with any and all interpersonal relationships.

“Monster,” Lahr says, “is a concept Williams sees in himself. It’s roots are in two separate ideas. It comes from both ‘blessing’ and ‘warning.’ It was a perception he had of himself.”

Lahr sees Williams as America’s original autobiographical playwright. Although no one would take away Eugene O’Neill’s clear personal connection to Long Day’s Journey into Night, it is Williams that infuses his own backstory into most of his major works. “It is the beauty of his writing,” Lahr continues, “private life, public life, all in his lines.”

Lahr began working on the book at the behest of Lyle Leverich, Williams’s authorized biographer who completed a book on the playwright’s early years, Tom. When Leverich died Lahr inherited his voluminous papers and notes. This book was a decade in the making: it is as definitive a biography of the playwright as we will get.

Even as the reader learns of the playwright’s personal life, with all the demons of his family and his growing dependence on both alcohol and drugs, Lahr never fails connecting these stories to his body of work. The more we see his struggles to grasp reality, the more we revel in the majesty of his art. To Williams, writers before him were writing about fiction as if they were truths, and he was writing about truth in the form of fiction. Tom opens up The Glass Menagerie by making this precise point. “Yes, I have tricks in my pocket, I have things up my sleeve. But I am the opposite of a stage magician. He gives you illusion that has the appearance of truth. I give you truth in the pleasant disguise of illusion.”

Tennessee Williams: Mad Pilgrimage of the Flesh is a remarkable read. It has all the hefty research you’d expect from a scholarly work, yet the story is told through prose fit for a great novel. It is impossible to put down. The flow is as seamless as the narrative is provocative. It is sure to be shortlisted for many awards. I have seen, the the past month, it listed as the ‘Manager’s Choice’ in three different bookstores. And that is no surprise.

Even its choice for reader on Audio Books is a perfect one. Lahr wanted Elizabeth Ashley to do the honours, and it is beautifully read by her. Ashley, Williams’s last major actress, performs the book as if she is performing one of his plays, and it is a pleasure to hear.

Lahr sees Williams place in theatrical history connected to how “his great body of work defined his times. He changed the shape of American theatre.”

And Lahr himself continues to change the shape of theatrical biography.

Paul Dervis has been teaching drama in Canada at Algonquin College as well as the theatre conservatory Ottawa School of Speech & Drama for the past 15 years. Previously he ran theatre companies in Boston, New York, and Montreal. He has directed over 150 stage productions, receiving two dozen awards for hs work. Paul has also directed six films, the most recent being 2011′s The Righteous Tithe.