The authors have used their research well. Beyond applying an abundance of detail to trace his intellectual growth as well as the trajectory of his emotions, Eiland and Jennings have managed to intimate—though perhaps not to capture—something more elusive: a sense of Benjamin’s aura. 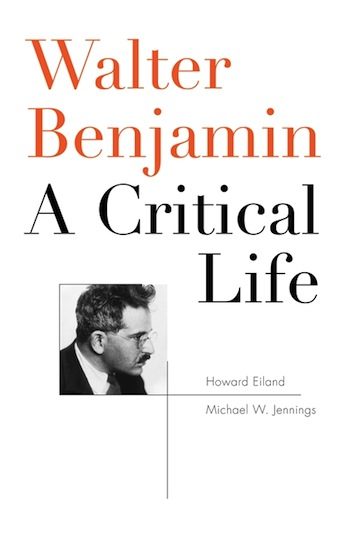 German-Jewish intellectual Walter Benjamin (usually pronounced Ben-ya-meen) was all but forgotten in scholarly circles after his premature death in 1940 in Port Bou, Spain, a border town where he had fled to escape Nazi-occupied France. A glance at the number of posthumous Benjamin citations in The Chronicle of Higher Education shows a near flatline between 1941 and 1968, though in ’68 there is a stirring of interest (perhaps 30 references). The increase is fairly steady through the seventies, eighties, and nineties until it peaks in 2007 with 775 (compare to 1947: 0). Through 2012 it never dips below 600.

Benjamin is now seen by many as one of the most important, though determinedly enigmatic, thinkers of the 20th century. Hannah Arendt has perhaps the best explanation for Benjamin’s gradual resurrection: “Posthumous fame seems … to be the lot of the unclassifiable ones, that is, those whose work neither fits the existing order nor introduces a new genre that lends itself to future classification.” (I’m quoting from her incisive and elegantly written introduction to Illuminations, a selection of Benjamin’s essays and reflections.)

Both Benjamin and his work “defy simple generic classification,” as his latest biographers, Howard Eiland and Michael W. Jennings, point out. “[H]e left a substantial body of writing on the border between fiction, reportage, cultural analysis, and memoir.” […] “Among the prose works, long and short, are monographs, essays, reviews, collections of philosophical, historiographical, and autobiographical vignettes, radio scripts, editions of letters and of other literary-historical documents, short stories, dialogues, and diaries. There are also poems, translations of French prose and poetry, and myriad fragmentary reflections of differing length and import.”

Benjamin was born in 1892 to a well-to-do Jewish family in Berlin. He “was a child of the German Empire: his memoirs are filled with recollections of the monumental architecture beloved of the Kaiser. But he was also the child of an explosive urban capitalist modernity …” As a boy his health was often in question — “he was prone to fevers of long duration” — which later served him well: Benjamin was rejected for German military service at the outbreak of World War I.

Mostly to escape the war, he transferred to the University of Bern in Switzerland, where he took his doctorate and married Dora Kellner, but Benjamin was not able — would never be able — to land a university post. His failure to establish a career in academia would haunt him throughout his life. Ironically, the very thing barring him from a professorship is also part of the plinth on which his reputation as an intellectual rests: his expertise fit no specific category. While his brilliance was widely recognized by his contemporaries, no one could figure out what to do with him.

He returned to Berlin in 1921 where he, his wife, and their two-year-old son moved in with his parents. Emil Benjamin, a successful businessman, refused to finance Walter’s academic ambitions. The bitter fights between son and father forced the younger Benjamin and his family to find lodgings of their own. “However little sympathy one can muster for a thirty-year-old husband and father who maintains nearly total financial dependence on his elderly parents,” the authors observe, “the notion of Walter Benjamin’s serving as a functionary in a bank surely casts doubt on Emil Benjamin’s ability to judge his own son.”

For the rest of his life, Benjamin would struggle to make a living, selling his work to journals and magazines as a critic and translator, publishing the occasional book, and frequenting the cafés in Berlin as part of a circle of left-wing intellectuals while vying for supremacy among them. His oft-stated goal, after all, was to be “the foremost critic of German literature.” 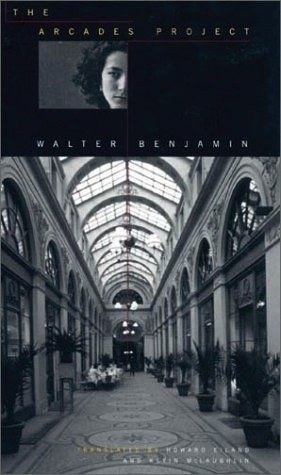 His marriage to Dora gradually disintegrated through mutual dissatisfaction, and by 1930 they were formally divorced. In 1933, wary of Hitler’s rise to power, Benjamin exiled himself to Paris. Although he confided to friends he felt German to the core and adored Berlin, he loved Paris no less. Here he continued to make a living selling his articles and resumed work on his magnum opus, The Arcades Project, that “massive unfinished ‘torso,’” which, not surprisingly, also resists categorization.

Benjamin’s tastes were catholic. As his biographers point out, he “produced essays on children’s literature, toys, gambling, graphology, pornography, travel, folk art, the art of excluded groups such as the mentally ill, and food, and on a wide variety of media including film, radio, photography, and the illustrated press.” He critiqued Kafka, Baudelaire, and Goethe and, as an offshoot of The Arcades Project, gave us “The Work of Art in the Age of Mechanical Reproduction,” probably his best-known and single most influential essay. He had deep Marxist sympathies (though a trip to Moscow ended his illusions about Stalin and the Soviet Union) and integrated dialectical materialism into his criticism. Nonetheless, an abiding mystical element pervades his thought, and he never outgrew his fascination with the tradition of messianism in Judaism.

The last years of his life, spent almost entirely in Paris (he was never to return to Germany), he devoted primarily to The Arcades Project. Moving from one cramped flat to another, he finally settled on 10 rue Dombasle and became a habitué of the Bibliothèque Nationale.

Eiland, co-author of this biography, was one of the two translators of the English edition of The Arcades Project (also Belknap Press). More than 900 pages long, it is a sweeping study of modernity and a critique of urban commodity capitalism with the poet Charles Baudelaire as its central historical figure and the flaneur, a spectator roving the city streets, as its archetypal contemporary sensibility. Benjamin’s approach was unique in that it focused not on “the great men and celebrated events of traditional historiography but rather the ‘refuse’ and ‘detritus’ of history, the half-concealed, variegated traces of the daily life of ‘the collective’ … with the aid of methods more akin … to the methods of the nineteenth- century collector of antiquities and curiosities, or indeed to the methods of the nineteenth-century ragpicker, than to those of the modern historian” [“Translators’ Forward” to The Arcades Project]. As Benjamin’s biographers point out, he and Siegfried Kracauer, his friend and fellow intellectual, virtually invented “popular culture as an object of serious study.”

It’s important to recognize that Benjamin was neither a philosopher nor a theorist, but a critic, and left no systematic explication of his thought. Eiland and Jennings analyze Benjamin’s theories in scholarly depth, but they are equally adept at elucidating them, so you needn’t be a scholar to follow the writer’s sometimes abstruse musings. Sensibly enough, the evolution of Benjamin’s thought is presented in chronological order and tied to the relevant events in his life; each intellectual milestone, each watershed or turning point in the maturation of Benjamin’s mind is recounted in illuminating detail.

The authors do not, however, ignore the personal aspects of Benjamin’s life. A mosaic emerges of a complex and often inscrutable man who craved human companionship but “could not tolerate a friend’s so much as putting a hand on his shoulder,” as Pierre Missac observed. He was polite to a fault, continuing to address Gershom Shalom, a lifelong friend to whom he revealed his most intimate thoughts, in the formal German “you” years after the two had become close. “From the outside,” Scholem wrote, “he’s a man fanatically closed off …. Basically, he’s entirely invisible …” (as quoted by authors). Asja Lacis, the Latvian actress and Marxist for whom Benjamin harbored an intense passion, rejected him in the end, saying he was “from another planet.” The authors unearth comments on his “strangely incorporeal presence,” his “turtle-like” gait, his melodious voice, his many mannerisms and eccentricities, his struggle with crippling bouts of depression, and his frequent flirtation with suicide. No previous biography comes close to Walter Benjamin: A Critical Life in scope or depth — not to mention size. The authors have used their research well. Beyond applying an abundance of detail to trace his intellectual growth as well as the trajectory of his emotions, Eiland and Jennings have managed to intimate—though perhaps not to capture—something more elusive: a sense of Benjamin’s aura.

In spite of the hundreds of letters he wrote, the hundreds of letters in which he is mentioned, the hundreds of published pages of his own writing, the thousands of pages written about him — including this superb biography — Benjamin remains a paradox, a partially solved enigma. But most likely that is as it should be. In his landmark essay “The Work of Art in the Age of Mechanical Reproduction,” Benjamin argues that the conditions for experiencing the halo that weightlessly crowns a work of art, its aura, means not only appreciating “its unique existence at the place where it happens to be,” but also respecting the need to keep a bit of consecrated distance between the viewer and the work. Crowding the object or pushing on the person in front to bring it closer only serves to dull its luster and gradually degrade it. Perhaps instinctively that is why Benjamin kept almost everyone in his life — and the rest of us forever after — at arm’s length.