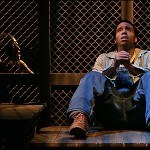 By Caldwell Titcomb NEW YORK CITY–Nearly thirty years ago – 14 December 1979, to be exact – the estimable Negro Ensemble Company (NEC) opened at its off-Broadway venue a play by one of its actors, Samm-Art Williams. Entitled “Home,” the production proved one of its major hits, and was extended thrice its scheduled run to […]