You are here: Home / Film / Shelter in Place Attractions: Places to Find the Best Video Essays on Film

Video essays have been characterized as “the articulation of thought in audiovisual form.”

Several years ago I moderated a panel for the Independent Film Festival of Boston (which we sadly will miss this year) on the Video Essay, with Kevin B. Lee, Nelson Carvajal, Serena Bramble, and Drew Morton, whose works have been published/posted on a number of major media outlets. It was then I discovered just how informative and well produced audio-visual essays can be. These short productions have been characterized as “the articulation of thought in audiovisual form.”

I have gathered some of the best sites for video essays on the art of film. Some are amusing, others more scholarly. A few have thousands of subscribers, others have more personal appeal. Several come with a Patreon subscription option, but all contain free content. Studios have been known to occasionally block content on video essays about film because they draw on copyrighted material. All the sites listed below are fully available. The videos offered on the sites are generally short and entertaining — there is enough content here to provide a pleasurable education in the cinema for your days and nights. 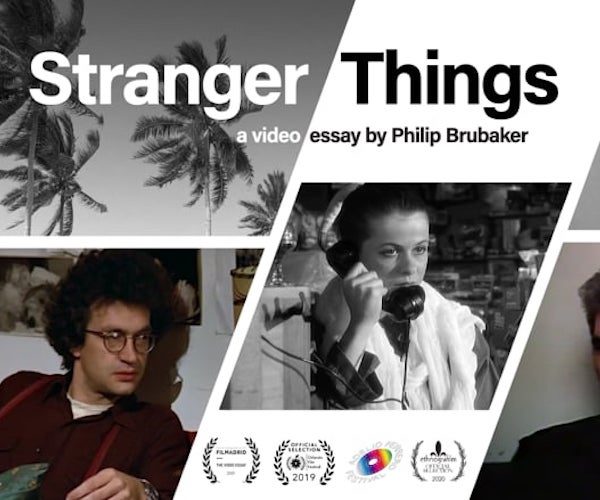 Nelson Carvajal – The work of a veteran video-essayist.

Mubi – The subscription service maintains a broad and informative site on Facebook.

Vince DiMeglio – The writer and filmmaker’s videos are clever and wide-ranging.

Thomas Flight – “Helps you take a closer look at what you’re watching.” Also available via a Patreon subscription.

Sara Bramble :  Bramble is an editor and video essayist.

David Broadwell – A prolific author and first-class critic of film and film history. This is an expansive site filled with provocative videos and essays — an educational experience.

Every Film a Painting – A series of video essays that explored how films are put together.  Made from April 2014 to September 2016, by Taylor Ramos and Tony Zhou. The material is still available.

100 Hundred Years of Cinema – Boasting 30,000 subscribers, the site “will be taking a look at one film a year, to try and discover how we got from the simple films of the early 1900’s to the complex blockbusters of today.”

Lessons from the Screenplay – A site with over a million subscribers: “videos that analyze movie scripts to examine exactly how and why they are so good at telling their stories.”

The Closer Look – “Here we break down your favorite movies and TV shows to find out what makes them tick.” The site must be doing something right — it has a half million subscribers for its many free videos.

Kogananda –  There are only 15 videos here, but they are beautifully produced and narrated.