You are here: Home / Commentary / Cultural Commentary: Arts Criticism — An Embarrassment of Whiteness

Can anyone argue that our largely white critical contingent in Boston is interested in generating hard hitting debate, controversy, and unconventional ideas?

It isn’t often you read about the banal state of arts criticism in the mainstream media. Even better, the piece offers powerful suggestions (to the well-heeled elite) on how things could be turned around. Elizabeth Méndez Berry and Chi-hui Yang’s recent New York Times commentary The Dominance of the White Male Critic is a refreshing intervention that points out the current moribund state of arts reviewing/commentary. “Old-school white critics ought to step aside and make room for the emerging and the fully emerged writers of color, “ they assert,” [who] have been holding court in small publications and online for years, who are fluent in the Metropolitan Opera and the rapper Megan Thee Stallion.“ I am an aging white critic who has been reviewing theater in Boston for over 30 years and I welcome the insurrection. Bring on the newbies! Kick me to the curb! (Though I will gab on the sidelines.)

Can anyone argue that our largely white critical contingent in Boston is interested in generating hard hitting debate, controversy, and unconventional ideas? In the hands of these white critics and their editors, arts coverage is shrinking into terminal boredom — in the Globe, ARTery, and elsewhere — as critics embrace the role of diplomat/consumer guides, dispensers of ad-copy happy talk. Reviews that market to the lowest common denominator may sell tickets, and that reassures the powers-that-be. But so what? We need criticism to become critical again.

The truth is, the best arts criticism has always dissented against cultural complacency. At one time, critical unruliness was prized in newspapers and magazines; a healthy friction was seen as a way to grow readership. The media’s political and sports coverage continues to invite passionately clashing perspectives. But for some reason — gentility? cowardice? philistinism? — writing on the arts today is expected to be restful and reassuring, supportive of the Arts Brand and welcoming (above all) to tourists. Young critics of color would shake things up by making arguments that take the arts seriously, raising questions about who makes evaluations and how they are made.  I have been fascinated by these issues my entire life —  because I am convinced that criticism pays a vital role in the health of our cultural life. As Toni Morrison asserts about writing and reading, criticism requires locating “the places where imagination sabotages itself, locks its own gates, pollutes its vision.” Elizabeth Méndez Berry and Chi-hui Yang also believe arts criticism serves a vital purpose:

Think of cultural criticism as a public utility, civic infrastructure that needs to be valued not based just on its monetary impact but also on its capacity to expand the collective conversation at a time when it is dangerously contracting. Arts writing fosters an engaged citizenry that participates in the making of its own story.

I would add that cultural criticism articulates the value of the arts, and different understandings of that value are to be welcomed, not discouraged. Instead of today’s homogeneity, let critics from manifold backgrounds debate what makes for aesthetic excellence, and demand art that refuses to strait jacket the imagination.

Elizabeth Méndez Berry and Chi-hui Yang’s commentary refers to critics of color who are willing to take on white reviewers who speak to plush readerships. Check out the website dedicated to contrarian evaluation that the writers helped create: Critically Minded. There are healthy attacks on critics writing for such heavyweight publications as Vanity Fair and The New Yorker.  Of course, it will take more than criticism of critics to bring about genuine change in mainstream arts pages: it will mean transformations on both editorial and financial fronts. The piece takes aim at the media’s decision to put arts coverage on a starvation diet:

We need a rigorous, rollicking culture coverage that’s uncoupled from class and credentials. Mainstream and independent outlets must pay critics a living wage and reject business models that don’t. Outlets led by people of color should get the venture capital and philanthropic support they have always deserved but rarely received.

We should move away from anointing a talented two or three critics of color and toward kaleidoscopic ecosystems of ideas and taste.

Bravo! “Kaleidoscopic ecosytems of ideas and taste” — the best of all journalistic critical worlds as far as I am concerned. But that means the media will be called on to supply resources to arts criticism, to choose debate over advertising, expansion over reduction. As I wrote in my column on the recent ‘open letter’ from hundreds of Boston actors to IRNE (Independent Reviewers of New England), one of the city’s two major theater critic organizations, our big media players have the funds to hire writers of color who “are fluent in the Metropolitan Opera and the rapper Megan Thee Stallion.” (They have plenty of money for TV talent contests, billboards on major highways, and new stages — I am sure Elizabeth Méndez Berry and Chi-hui Yang would supply the names of some first rate candidates. ) The media choose not to do so, perhaps because, like Trump, they are locked into playing to their base, in this case middle class (and above) audiences and large theater companies who don’t want to be challenged. “Rigorous and rollicking” cultural coverage does not please donors and foundations, who want predictable validation that their money has been well spent. It is a mutually beneficial closed circuit between money and media that also stifles creativity. God help us if they hired critics who were actually — critical!

As an example of the current editorial inertness, take the coverage of the aftermath of the ‘open letter,’ which undercut the legitimacy of the IRNE awards by charging that the organization was too white and lacked transparency. The group has disbanded, perhaps to rise again in a new form. The action and reaction to the letter sent shock waves throughout the city’s theater community. You would think a political/artistic jolt of this kind would spawn a meaty commentary or illuminating story. The Boston Globe, aside from a pedestrian note on the ‘open letter’ and its fall out, hasn’t blurted out another word. WGBH contributed no notice, at least from what I can tell. Perhaps the topic is too risky, too racial? Maybe the aging white theater writers at the Globe and elsewhere are afraid: the conflict neatly exposes the media’s hypocrisy about the need for diversity. And, keep in mind, any critical departure from innocuousness is frowned on — someone with power/money might be offended. 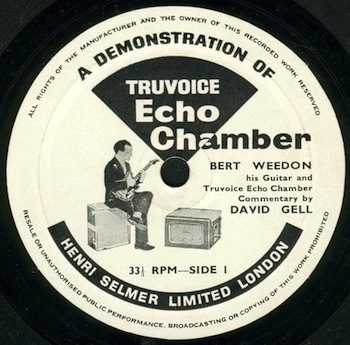 To its credit, the ARTery contributed two articles on the ‘open letter,’  the second, by senior editor Maria Garcia, noting that the missive did not mention that the Boston Theater Critics Association, which selects the Elliot Norton Awards, is made up of an all-white committee (whose members contribute to such major outlets as the Boston Globe, WBUR and WGBH). BTCA President Joyce Kulhawik “feels the urgency to expand its [the organization’s] lens and is looking for theater critics of color.” The BTCA has been around for decades — the hunt seems be taking a considerable amount of time. Given the fate of IRNE, there appears to be a rush. How will these critics of color be found, pronto? Are the Boston Globe and WGBH hiring theater critics? Will the BTCA train candidates and give them an opportunity on the group’s website to post their reviews? Don’t hold your breath.

On the positive side, the ARTery helped organize, with The Front Porch Arts Collective, a mentorship program (which is not continuing) for budding critics of color. An admirable step, but the arrangement, as explained to me via email by Garcia, feels a bit … brusque. After a public call for participants brought in six candidates, “the ARTery paid for Alisa Solomon, the Director of Arts and Culture Journalism at Columbia Journalism School to come to Boston to teach the cohort four workshops on theater criticism.” Solomon is a terrific critic — but four workshops feels a bit hit-and-run, at least to me. It takes time to become a good and credible critic. (I teach a Boston University class in which students write arts reviews; they usually don’t absorb the basics until the end of the semester.) Rosalind Bevan, one of the participants in the ARTery program, is currently writing on theater for the site, including reviews. I won’t comment on the work of a rookie, aside from mentioning that, at least so far, she has very much liked the six shows she has reviewed, including The Front Porch Arts Collective’s production of Three Musketeers and its staging (with the Underground Railway Theater) of black odyssey boston.

More Bevan conflict of interest: she is the Assistant Director for Company One Theatre’s current production of Greater Good. The (predictably?) favorable ARTery review (by Carolyn Clay, who should know better) neglects to inform readers of this fact. And that is misleading. Bevan is critiquing a theater scene she is an active part of — that blatant double-dealing undercuts her credibility and the journalistic integrity of ARTery and its editor, Maria Garcia.

Besides the questions raised by the ‘open letter,’ there would be plenty of issues for critics of color to sink their teeth into. Would they be as enthusiastic about what our theaters program as our easily satisfied white critics? Would a reviewer of color not question that the American Repertory Theater is sinking its resources into a Broadway bound revival of the musical 1776? Might they wonder why so much Sondheim?  The potential for provocative commentaries is considerable — and exciting — given our now generally unchallenged theater scene.

Honchos at the mainstream media have and will pass over the points I and others have made about Boston’s soporific arts coverage. Ignoring criticism aimed at their sections’ lack of ambition and quality has been an effective strategy for editors — if the media freezes out naysayers, the impression is that there are none. All is assumed to be well as long as the public is reassured it is. But I sense something may be happening. I am an old white man; my soapbox grows as rickety as I am. On the other hand, Elizabeth Méndez Berry and Chi-hui Yang’s organization, dedicated to improving the lot of critics of color, exudes energy and chutzpah — and it has strong ideological winds at its back. There are talented writers and no-nonsense editors out there who are determined to make arts criticism vibrant, who think reviews should create a ruckus by calling out the status quo while demanding genuinely iconoclastic ideas and artists. Perhaps people who care about the arts and the future of criticism will take note — and act.