I trust Bowie, the way I trust Stevie or Miles or Aretha or Duke or Bach or Debussy or Ornette or Rahsaan or the recently departed Paul Bley. 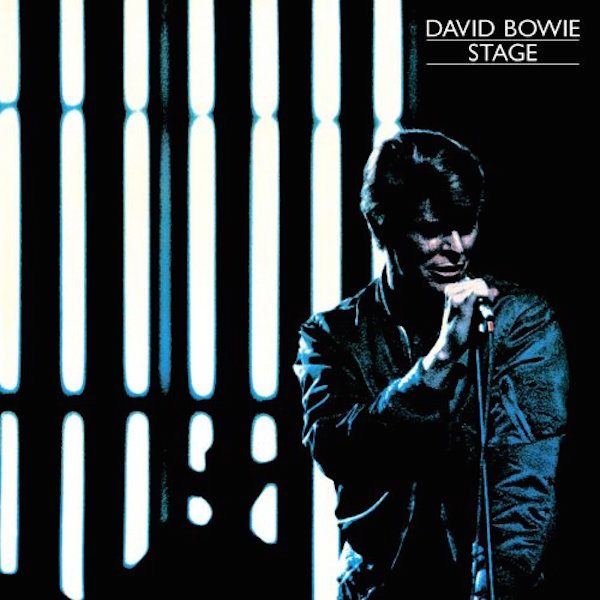 I have been asked by a number of people whom I respect, who are serious music lovers or players: “Why do you like David Bowie? What am I missing?” It’s got me thinking, so here are a few observations…

The world’s response to David Bowie’s passing has been tearful, myself included. I also hear push back in which some people question the sincerity of other people’s grief. Surely there are self-aggrandizers in the bunch, but mostly I am struck by what a wildly diverse group of humans attest to being deeply moved by him. Of course, this is really not surprising. The animating current that runs through all his music, acting, and other work is believable, powerful emotion, apparent in every single word, gesture, and image.

Bowie was a great musician – maybe the greatest rock singer, a great rhythm guitarist, a completely unique songwriter with an amazing sense of melody, harmony and form, a deep understanding of the blues and much more. Yet his true brilliance was in showing us that, at our core, each one of us feels the same things.

Amazingly, he did this by turning his identity into an obvious construct. His various personae and appearances and, equally important, his use of musical style and genre and the elements that create these, were always the result of conscious and careful decisions. In contravention to any rock ethos of “authenticity,” he projected artifice, unnaturalness, even a nominally alien identity.

Yet at the core of his projection lay an undeniable, heartbreaking emotionality. Coming at you from deep within the bizarre trappings was always something so damn real it went right inside of you, if you were not put off by that very weirdness – or if you embraced it. Implicit in his message was the declaration that you don’t have to be this, or be that, or be anything except what you want to be. Whoever you are, you are a full-fledged, fully real human being.

I didn’t like Bowie when I was in my teens (1972–78). His androgyny and flamboyance were way too much for me. I was on my own quest for authenticity, a path that took me deep into the deepest avant-garde jazz and away from rock and pop. Punk and new wave broke rock open for me again, with its crazed passion and intrinsic sense of pop archaeology and recontextualization (see: Bowie, David).

My door into Bowie was the 1978 album Stage, a non-image-oriented, absolutely ass-kicking live set of hits and obscurities played by an astonishingly good group of musicians. At its center was that voice, unfurling songs whose construction – lyrical and musical – was so intelligent and surprising that whatever discomfort I had with the earlier Ziggy or Diamond Dogs personae flew right out the window. (There was also a particular group of young women involved . . . but isn’t it always that way?) I moved on to “Young Americans” and the Berlin trilogy, and by then I was a believer and never looked back. I hear rock solid emotional directness at the core of his work, no matter what form it takes. I trust Bowie, the way I trust Stevie or Miles or Aretha or Duke or Bach or Debussy or Ornette or Rahsaan or the recently departed Paul Bley. These people remind us that art don’t mean nothin’ without feeling, and we feel them. Even more, we trust them with our hearts.

I am dazzled by how the uber-style-aware Bowie somehow stood outside of every style. He was able to elevate, admire – fetishize – musical moves which in the hands of others become clichés. When his guitarists play triumphantly, troglodytically heavy riffs, Bowie regards and displays them in a way that frames the brutal sound, that illuminates its beauty and power and even elegance. With a lesser singer or songwriter or auteur, these tropes can collapse into something generic. The same goes for the kinds of funk bass lines and guitar scratches and goofy synth squiggles that drive some of his songs. In lesser hands they stall at craft or cleverness or corn. But with Bowie shining his light on these sounds, these ordinary – if perfectly played – musical devices become magnificent. His love and delight make them art, and make us love them.

Has there ever been a singer who waits better for a band to set up a groove before coming in with the words? He demands that we marvel at the human machinery at work. The surface is groove, party, sensuality, but the subtext is love. The great gift is the way that he uses this dynamic of desire and response as a thrilling, electric setting for his stories.

I only heard him in person once (shame on me!), fortunately from a fifth-row center seat at the Fleet Center about ten years ago. I was knocked out by every note coming from his stellar band and the unrivaled quality of the material. But what impressed me the most was how he made an arena with 20,000 people feel like a club with 75. An incredible virtuoso of intimacy.

People are already dreading the onslaught of tribute projects that are sure to come. I only hope that those who embark on such ventures take the time (if they haven’t already for years or decades) to understand all the layers of Bowie’s genius. I personally have been playing “Heroes” as an instrumental on tenor sax for about 20 years. I never improvise on it, I try to play the text, to sing every word with as much feeling as Bowie. It’s an insurmountable challenge, but I keep trying.

I have no desire to sway any of those who don’t get Bowie. He is loved and his legacy is safe. But I can say that, from the perspective of a music lover and musician working mostly in different genres from Bowie’s, there is an amazing amount happening in his music on every level, from the most conceptual to the most nuts ‘n’ bolts. He may no longer be here on Earth, but we all have a lot to learn and feel from David Bowie. I envy those for whom the experience of discovering him lies ahead.

Russ Gershon is a music enthusiast. His enthusiasm has led him to play saxophone, compose, record many albums with his group the Either/Orchestra and numerous other artists, found indy label Accurate Records, and teach and write about music.