The Christos Mosaic turns out to be the rare adventure story that rewards the reader’s attention by being as diverting as it is rigorously encyclopedic. 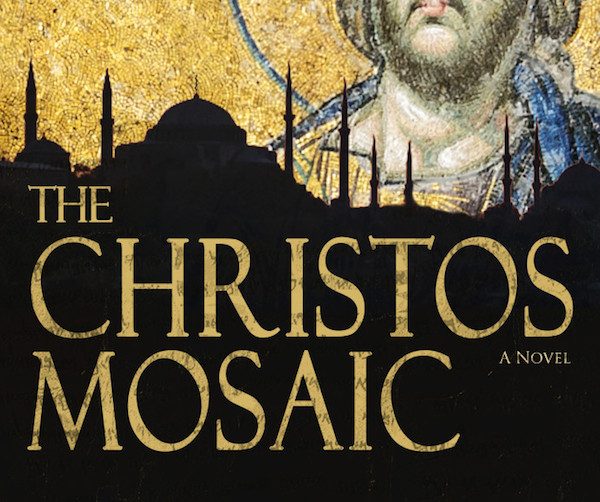 After the staggering success of The DaVinci Code, many publishers evidently assumed that what the reading public truly craved was a means to kill time—not to mention brain cells—with hokum about esoteric conspiracies rendered in a prose as dry and flimsy as the pages it’s printed on. There’s nothing wrong with thrills and chills for their own sake, but for some books the opportunity for stimulating or edifying the reader is blithely sacrificed in the name of entertainment at all costs.

Vincent Czyz’s The Christos Mosaic accomplishes the rare trick of having it both ways, delivering a fast-paced, action-packed storyline that challenges the mind rather than epileptically dazzling it with portentous piffle. This novel turns out to be the rare adventure story that rewards the reader’s attention by being as diverting as it is rigorously encyclopedic.

We meet the struggling, bookish Drew Korchula, an American expat who is listlessly teaching English in Turkey and mourning a failed marriage to the temperamental Yasemin. Drew was quite a scholar of antiquity back in his college days, but he’s fallen on hard times and takes refuge from his practical father’s nagging by hanging out at his Turkish friend Kadir’s used book stall.

A lost scroll is suddenly unearthed, and the revelation of its iconoclastic contents might well throw the entire history of Christianity out of whack forever. The parchment does nothing less than question the reality of Jesus. Drew and Kadir’s friend has the scroll and is killed while fleeing from mysterious pursuers. The parchment finds its way into the hands of Drew, Kadir, and Zafer, a tough former Turkish Special Forces member who doesn’t hesitate to use force to protect what could be a wildly lucrative payday.

Czyz’s lean and propulsive narrative wastes no time in plunging us into a story that takes its derring-do protagonists through the attics and alleyways of a knowingly depicted Turkey, where a popular cafe borders a graveyard and a long-forgotten religious sect will stop at nothing to gain possession of a piece of ancient history that could justify their controversial theology once and for all.

Those who come into contact with the scroll are divided between worldly and philosophical enthusiasms. Kadir and Zafer are interested in how much they can get for selling the document to a shady entrepreneur on the Egyptian black market, while the scholarly Drew is obsessed with decoding its meaning and making the connections between the standard narrative of Jesus’s life and the patchwork of myth, history, and sectarian debate that promises to radically re-imagine the textual basis of Christianity. Jesse Fenton, Drew’s college crush, unexpectedly re-enters his life. She turns out to not only be a love interest; surprisingly, she can hold her own in any exegetical debate Drew can muster.

As the narrative leaps from one plot cliffhanger to the next, Drew’s scholarly detective work is put into play as he uses his knowledge of antiquity to gradually unravel the complexities of the ancient text. It’s to the author’s credit that, even while Drew constantly cites sources and textual correspondences (to be expected given his expertise), the pile-up of Biblical references and ancient history never becomes ponderous or bogs the quick-moving narrative down in minutiae. In case you’re not up on your Josephus, Czyz provides a useful cast of historical characters as well as Biblical timeline, which goes a long way in helping the reader follow along with Drew’s investigation. And, considering how theologically momentous his conclusions turn out to be, it is good to have all the Biblical i’s dotted.

The Christos Mosaic is determined to entertain the reader; there is plenty of exotic globe-trotting and constant action sequences. The action sequences can sometimes come off as gratuitous, with flying fists and rounds of gunplay firing off regularly every few pages. But the underlying tone of the book is compellingly speculative and searching. As we hang on for the narrative’s exuberantly diverting ride, the centuries-old debate about the reality of Jesus Christ becomes powerfully vivid: it’s the battle between the Historical reading (Jesus was a real person, son of God or not) and the Mythicist reading (Jesus is a tall tale, a legend). Was Jesus a real person telling his own story, or a fabrication, composed of many different narratives? How can we ever know the difference? In one of The Christos Mosaic’s most poignant moments, Drew insists that “the world is run by fictions.”

Joan Didion famously said that we tell ourselves stories in order to live. Czyz uses the accessibility of a literary thriller to keep the reader engaged while raising fascinating questions about the meaning of the ancient stories we have told ourselves in order to make life worth living.