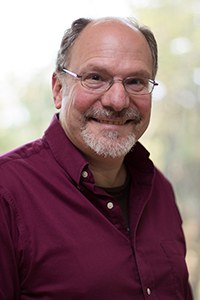 For well over two decades, Bill Marx has written about arts and culture for print, broadcast, and online. In 2002, Marx created and edited WBUR Online Arts, a cultural zine that, along with arts reviews and commentaries, presented multimedia features, blogs, a podcast, and a calendar. WBUR Online Arts was a finalist for an Online Journalism Award for Specialty Journalism that year, and won the award in 2004. In 2005, Marx’s weekly column on the website was named a finalist for the Online Journalism Award for Online Commentary.

Marx has regularly reviewed theater for National Public Radio Station WBUR and has contributed features on stage, books, and film to NPR programs “Morning Edition” and “All Things Considered,” WBUR’s “Here and Now,” NPR.org, and the WGBH/BBC co-production “The World.” Through 2011 he hosted a podcast for World Books, an online feature for “The World” dedicated to coverage of international literature that he also wrote for and edited.

He has also written about the arts for a number of print publications. Marx regularly critiqued books and theater for the Boston Globe and the Boston Phoenix and contributed essay-reviews to a variety of national publications, including Parnassus, Ploughshares, Washington Post Book World, the Nation, the Boston Review, The Los Angeles Times, the Columbia Journalism Review, and the Village Voice.

Marx has won United Press International and Associated Press awards for his radio reviews of Boston theater. He has been a finalist for the National Book Critics Circle Reviewer’s Citation three times.

He currently teaches full-time at Boston University, where he created the class Arts Criticism: From E. A. Poe to the IPod. His most recent publication on criticism and culture is an essay-review in the July/August 2012 issue of the Columbia Journalism Review on the Library of America’s edition of writing by Ambrose Bierce.

In November 2009, Marx and Douglas McLennan of Arts Journal spoke about the future of arts criticism on the Web at MIT’s Communications Forum. Here’s the video of that discussion.

In July 2012, Marx was interviewed about the future of arts criticism. 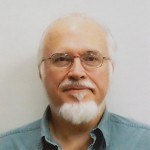 Back in the 1970’s, J. R. (the “J” is for James/Jim) served as Jazz Director and then Program Director for Columbia University’s WKCR-FM (one of the shows he launched, “Jazz Alternatives,” is still on the air almost forty years later), and reviewed jazz, classical, world, roots and rock music for Crawdaddy and other long-departed publications.

Following a lengthy hiatus involving graduate studies at the University of Wisconsin and MIT and many years working as a research librarian and then as a software developer and integrator, in the past decade he returned to writing as a contributor to the late, lamented WBUR Online Arts site and subsequently to the Arts Fuse. As Webmaster, he is responsible for much that you don’t (and shouldn’t) see on the Arts Fuse. He has no connection with the Boston Globe editorial page or The Basketball Diaries.