A novel about sexual obsession, inspired by “Lolita,” stretches the limits of credulity. 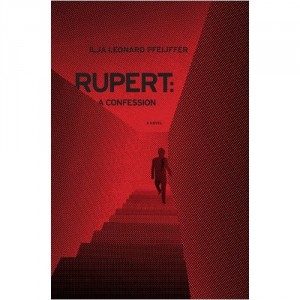 I consider myself something of an expert in the seldom studied theme of impotence in film and literature. Most men don’t like to think about the topic, in much the same way they don’t like to think about death. In fact, impotence is worse than death. Thinking about death probably won’t kill you, unless you’re feeling particularly karmic. But thinking about impotence can actually lead to impotence. Best not to dwell.

Still, impotent men can make for potent protagonists; they have a lot to compensate for. Consider the film “Bonnie and Clyde,” where Clyde Barrow’s gun is such a blatant phallic symbol that Bonnie actually strokes it when she feels aroused. Then there is Jake Barnes of “The Sun Also Rises,” who envies the unbridled masculinity of Pamplona’s bullfighters, and spends his evenings making sure that if his war injuries didn’t make him impotent, his drinking certainly would.

My personal favorite “dysfunctional” protagonist is Karol Karol, of Krzysztof Kieślowski’s film, “White.” Unable to consummate his marriage to the character played by Julie Delpy (hard to believe, I know), and eventually divorced because of it, Karol gets his revenge by framing her for his own murder. It’s no erection, but you take what you can get.

All of this is to say that impotence can serve as a fine motivation for strange behavior. In the case of “Rupert: A Confession,” written by Dutch poet and novelist Ilja Leonard Pfeijffer, the behavior in question is the brutal rape of a young women in an alleyway. Rupert is presented in the form of three long monologues supposedly delivered to the jury hearing his case. That no defendant would ever say something like, “I read like I was falling from the world, and I read a poem that smelled of the warm pelts of animals sacrificed to Artemis and that sang of a longing that was a sea to drown in…” unless gunning for an insanity plea implies that the narrator might not be in a courtroom after all. He might even be one of those damned unreliable narrators. Sigh.

Rupert’s defense rests on his relationship with the mysterious Mira, described as “Mira, my sugar-sweet, shimmering Mira, my masochism, my martyrdom, light of my lips, lymph of my cyanic sadness, sea of my swan dive, salt on my howling wounds…” In this thinly disguised bastardization of Humbert Humbert’s opening paean to Lolita (“Lolita, light of my life, fire of my loins.”), Pfeijffer slyly transforms “loins” to “lips,” underlining Rupert’s failure to conquer his willing paramour.

When, as a result, Mira leaves him for one of his best friends (referred to always as “Benno, the bastard”), Rupert loses his mind. While wandering the streets in misery, he happens upon a gang rape in progress. Imagining the girl to be Mira, and as some kind of revenge, he pleasures himself while watching. The girl then wrongly fingers him for the deed—or that’s what he’d have us believe. He uses his impotence as an alibi; because he thought the woman being raped was Mira, and because he had never been able to get it up for Mira, he couldn’t have been the rapist. All the same, DNA evidence points to Rupert as the only assailant.

Though “Rupert: A Confession” is only 131 pages long, the vast majority of it is taken up not with the crime or the trial, but with Rupert’s mental perambulations. He ruminates on a range of subjects, such as the best layout for a city square, how to formulate the perfect insult, and the reasons why men who wear comfortable sweaters are jerks. All of this would be fine if Rupert were fun to listen to, but he isn’t. Aside from being a disgusting pervert who spends whole evenings organizing his pornography collection, he’s also an annoying, self-aggrandizing pedant.

Pfeijffer’s prose, at least in translation, is as difficult to read as (I imagine) his name is to pronounce. We’re never allowed to forget that the writer behind Rupert is a poet. References to T. S. Eliot’s “The Wasteland” are sprinkled liberally through the book—aside from the near-constant verbal allusions, the poem actually comes to life in the form of a blind seer and a crazy woman pulling various Tarot cards out of her pants.

Though these manifestations are meant to be signs of Rupert’s madness, rather than actual characters, I couldn’t think of any justification for all the alluding (other than Pfeijffer’s affection for the poem). Nor was there any reason given for how Rupert came to know the poem so well, or why he would speak so eloquently in general. When your protagonist regularly comes up with sentences like, “I’ve seen her standing in sour-smelling alleyways with broken street lamps, late, at implausible hours, with lacquered loins of loss and a look of melting ice,” the reader deserves an explanation.

In spite of all these nods, Pfeijffer’s novel is far less indebted to Eliot’s poetry than it is to Nabokov’s “Lolita” (interestingly, the original Dutch edition of Rupert came out alongside a collection of Pfeijffer’s poems entitled “Dolores – Elegies”). Rupert is presented as a kind of spiritual successor to Humbert Humbert, in that both men are narcissists (“I’m calm, noble, and courageous,” Rupert tells us, where Humbert describes himself as “a great big handsome hunk of movieland manhood”), both are sexually damaged (a psychologist in “Lolita” writes on a card that Humbert may actually be impotent, recognizing that he is incapable of a healthy sexual relationship), and both distract from their sickness with fine words.

But while the two men both write as if they were on trial, Humbert is by far the more convincing criminal. It is a strange paradox of an antihero that he must be twice as seductive as a hero. A character engaged in generally good deeds will win our sympathy immediately; a monster must charm. Humbert’s defense is one of the smoothest in the literary canon (alongside Albert Camus’ Stranger, who explains away the murder he commits by saying, basically, that the sun was in his eyes), but Rupert’s never manages to persuade. If I had ever questioned his guilt, even for a moment, it would have meant that his voice had made an impression on me. But for all his verbosity, Rupert fails to defend himself.

For Humbert, the claim is simple: “it was she who seduced me.” Poor Rupert can only close by saying of himself: “Spectating is the only way to take part. If that’s his crime, he pleads guilty.” Like its protagonist, “Rupert” fails to convince the jury.