You are here: Home / Theater / Theater Commentary: The Story of O

The weakness of the play is so shockingly transparent –- the love birds spend most of the play orating their (occasionally) steamy letters to the audience –- that the explanation must be that Brand Shakespeare has struck again: companies figure that anything about the Bard will draw a crowd.

I wanted to review The Nora Theatre Company’s New England premiere production of Steven Berkoff’s The Secret Love Life of Ophelia last weekend, but I didn’t have the heart. I caught the show on its next to last performance. It wasn’t the direction or the performances that left me shaking my head so much as bafflement that anyone would want to stage this dreary exercise in cod-Shakespearean flapdoodle, which turns Hamlet and Ophelia into overheated, under-brained retreads of Romeo and Juliet

The weakness of the play is so shockingly transparent –- the love birds spend most of the play orating their (occasionally) steamy letters to the audience –- that the explanation must be that Brand Shakespeare has struck again: companies figure that anything about the Bard will draw a crowd.

I expected more from the notoriously naughty Berkoff, who since the 1960s has specialized, as a playwright, actor, and ‘scourge of the Shakespeare industry’, in an in-yer-face iconoclasm, his disdain for upright British society and mainstream theater fueled by the resentment generated by his hardscrabble Jewish East End upbringing. (In 1998, English stage critic Charles Spencer called the performer “the Johnny Rotten of British theatre.”) Berkoff has threatened to kill a critic of his work, neatly harpooned the Falklands War in his play Sink the Belgrado! (which I saw at the Edinburgh Festival two decades ago), and earned repeated charges of obscenity and tastelessness for plays, Brighton Beach Scumbags among them, that attack the racism and homophobia of English ‘yob’ culture. His many admirers pay homage to the ferocious vitality of Berkoff’s acting and scripts, hailing their allegiance to class warfare and shock value. What’s in question is their intellectual consistency and depth.

Detesting the prevailing British realism, Berkoff wanted to create a theatre full of shock and excitement. And, to a large extent, he succeeded. Long before the arrival of groups like Complicite or Kneehigh, Berkoff deployed a stylised physicality. Like the pioneering Antonin Artaud, he also argued that theatre drew its energy from “the lower echelons of the body.”

A decade ago, I saw Berkoff perform his one-man show Shakespeare’s Villains in New Haven, Connecticut. The evening is an eye-blowing exercise in unabashed ego. With lip-smacking gusto, Berkoff acts, psychoanalyzes, and celebrates Shakespearean Evil, his line-up of baddies including Richard III, Macbeth and Lady Macbeth, Shylock, Coriolanus, and, most interestingly, Hamlet. (The latter is particularly ironic, given the tepid do-gooder Hamlet he gives us in The Secret Love Life of Ophelia.) His acting exudes a nervy ferocity, a self-conscious physicality that is anachronistic in an era of string-pulling auteurs and TV-sized stage actors. Aspiring to be charismatic, Berkoff plays all the animals in the circus; he’s the ringmaster of self-regard who doesn’t so much inhabit as role as advertise himself performing it. 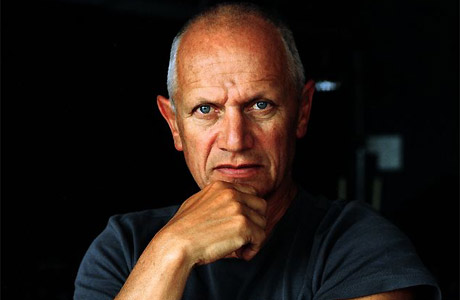 The contradiction in Berkoff’s career is that, despite his nose thumbing at the theatrical powers-that-be, he worships the pillars of the establishment, particularly Sir Laurence Olivier. Olivier is mentioned often in Shakespeare’s Villains, a mythic performer whose talent Berkoff longs, somehow, to absorb. In a 1989 article for The Independent Magazine, he talked about channeling the legendary actor:

I dreamed Larry; would see him clearly walking down a street by the Vic and knew in my heart if he only knew that my destiny was here and with him, he would embrace me and we’d fly off to those rarified heights. I become possessed and obsessed and in one brief period found his voice coming out of my mouth, which reminded me of the dybbuk, where the spirit of another invades your own.

If only The Secret Love Life of Ophelia, which premiered in 2001 to generally negative reviews, exuded a whiff of that weird eroticism. It could be that age and success has mellowed the Cockney enfant terrible. In 1997, Berkoff was honored at the Edinburgh Festival with a Total Theatre Lifetime Achievement Award. Faber and Faber is publishing his Collected Plays and he has directed revivals of his shows at the National Theatre in London. Perhaps Berkoff’s demonic get-up-and-go has settled into his stomach: his latest book is about Jewish cooking. As for rebellion, he is reportedly working on a stage version of the film On the Waterfront.

I say all this about Berkoff because none of the visceral vim-and-vigor that makes his work exciting can be found in The Secret Life of Ophelia. In this play Hamlet loves Ophelia wholeheartedly – together they conspire, like a couple of fat-headed teenagers, to fool the court about their affair. They are little more than victims of their rampaging linguistic libidos. If Berkoff has treated Hamlet with sly ambiguity, suggesting that he was manipulating Ophelia, the play might have whipped up some suspense or pathos. Or if he had, a la Rosencrantz and Gildenstern are Dead, meshed his fantasy of what was happening off-stage with glimpses of the play it would have maneuvered the hapless romance into a provocative context. But the letters alone, crammed with clotted syntax and heavy-breathing imagery, are a pseudo-Elizabethan wheeze.

The performers, Aaron Pitre and Stacy Fischer, are not to blame – they can’t do much, given that they spend most of the production staring at the audience, either yakking at us or walking petulantly around the set. You got the impression that the actors were watching the audience carefully, suspecting that it might be falling asleep. Pitre speaks well and suggests, at times, that had he been given a chance to touch Ophelia some sexual sparks would have flown. Stacy Fischer tried to make something of Ophelia’s faux-antique rhetoric, but her attempts to act passionately, rather than speechify, failed.

Meanwhile, director Wesley Savick wasted Ryan McGettigan’s wonderful set: a circular wooden ramp that ran around a shallow pool of water. Ophelia barely got a chance to drown properly, while Hamlet never even got his feet wet jumping into the pool, which would have been a powerful image of Ophelia’s grave. The script could have used a refreshing splash of action — The Secret Love Life of Ophelia is all hot air.