You are here: Home / Books / Author Interview: Novelist Elizabeth Graver on “The End of the Point”

“The space between fantasy and reality is a very charged one. Fiction can explore that, which might be one reason why I’m so drawn to it as a form.” 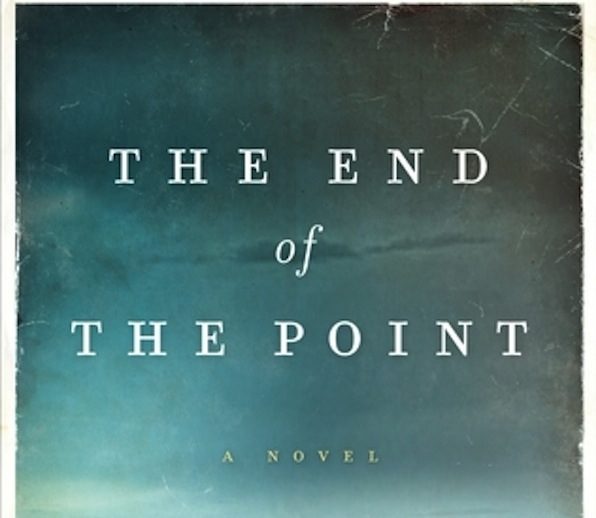 Elizabeth Graver teaches English and Creative Writing at Boston College and has been writing novels and short stories for several decades, including the short story collection Have You Seen Me? and the achingly engrossing novel The Honey Thief. One of her major themes is the painful but powerful drama of growing up in a particular place and time and all the attendant factors, some of which you control and some of which you don’t, that contribute to molding you over time.

Her latest novel, The End of the Point, was long-listed for the 2013 National Book Award for Fiction. It is now out in a paperback edition. The New York Times Book Review praised her storytelling, observing that it allows “us to take up residence inside the minds of a host of different characters, watching as they create their own pictures of the world around them, as they invest certain places and people with mythic significance.” Read The Arts Fuse‘s Judicial Review (original evaluations and commentaries on the novel, as well as a reaction from Graver) here.

I conducted this interview over e-mail, where we discussed the importance of place, New England’s obsession with its past, and the good old plot vs language debate.

(Elizabeth Graver will be reading from The End of the Point at Newtonville Books on Thursday, May 1 at 7 p.m. Free.)

Arts Fuse: Place is a really important factor in this book. I liked how you looked at a specific place, in this case Ashaunt Point in Massaschusetts, through the lens of different historical eras. Did you start with Ashaunt as the primary inspiration for the narrative or was it the Porter family?

Elizabeth Graver: In this case, the setting came before the characters (this isn’t true of all my novels). I think of Ashaunt as a central character itself, one that all the central characters have a relationship to but that serves, always, as a sort of magnet, drawing them back again and again. Ashaunt is loosely based on a real place, where my husband’s family has had a house for five generations. I had a very thick sense of the terrain starting off; it was the characters I needed to imagine. It was wonderful to get to put words to all that nature and help the reader see my version of a place I’ve grown to love.

AF: It was interesting that you started off the book with what reminded me of a historical montage. We get a sense of how old Ashaunt is, and how deeply entwined with American history it is. There’s a really beautifully realized sense of time passing.

Graver: You’ve landed on something that’s central to me about this particular project, and that’s suggesting a sense of time’s passage. Also, how the unpeopled world has a life that is intertwined with, but is in some ways quite independent of, the peopled world. When I started out, my plan was to have around 20 different chapters, beginning with the Native Americans and continuing up until the present day. But I realized pretty quickly that such a structure wouldn’t allow for the kind of in-depth character exploration that is, for me, the heart of fiction, so I narrowed down the time frame to focus on the years between 1942 and 1999.

The prologue is my effort to alert the reader to the fact that, while we may, in the actual narrative, only land here and there, there’s so much more — held inside the land, inside the genes and histories and collective memories of people, inside — as you note — bones, teeth, wood… The prologue is, in a funny way, my poem to the book I did not write. As with actual lives, and actual land, books have untold stories too, and I wanted to gesture towards this book’s untold story, to set it in a very condensed, lyrical form.

AF: In some ways, Massachusetts seems to be resistant to modernity. It’s weird, because in so many ways Massachusetts has been such a progressive hotbed for so long. And yet there remains in the state’s culture an old-fashioned mentality. A lot of your characters seemed to be at odds or perplexed in some way with generational upheaval.

Graver: Your statement makes me think of the words “conservative” and “conservation.”

Conservative in the sense of being resistant to change in often troubling ways — wanting to retreat, to keep things out, resist flow, resist “otherness.” There can be a dangerous, retrograde, even falsifying nostalgia in the desire to keep true to old New England ways, especially because the people who live here increasingly come from across the globe.

But “conservation” — as in land conservation, or even conserving old documents, artifacts, buildings — is vital and necessary and it can involve an embrace of change (well-planned communities, alternative energy, etc) as well as a conscious, careful stewardship of the records from our past. Here, the act of conserving means treading lightly on the earth and noticing the tracks, wounds, treasures, and pillaging our powerful presence has generated in a world we’re only one small part of. New England is full of all these impulses, which is part of what makes it such a rich place to write about. In my novel, different characters react to social changes and their relationship to the past differently depending on who they are, how much they have to lose, and when in time the narrative lands them. 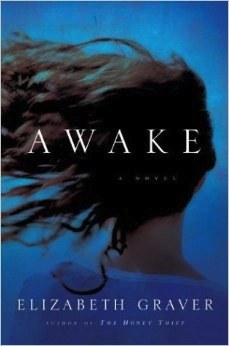 AF: You once said that you felt compelled to go to Scotland and find out where Bea, the children’s indefatigable Scottish nanny, was from. What did you find? Did you do this kind of research for your other characters? What did it do to help you imagine Bea?

Graver: I love to do winding, open-ended exploratory research for my writing, because it allows me to go on adventures, and because it often leads me to places in my work that I would not have been able to imagine on my own. Bea is very loosely based on a person I have never met — a Scottish nanny who worked for my husband’s family and died before I entered the scene. I could have made my fictional Bea be from anywhere in Scotland, but I had a sense of wanting to engage, however obliquely, with the real, so I went to Forfar, Scotland, where the real nanny had been from.

It’s a strange, post-industrial town with no tourism to speak of. I found some treasures there: newspaper ads about ships going from Glasgow to New York or Nova Scotia; the actual house the nanny had bought in her retirement; little charity and craft shops that suggested places where my character might go. I was traveling alone, and even feeling lonely in Forfar ended up being interesting and productive — to think of my character being some place where I was not at home and then imagine her coming to New England and how strange and foreign my home-place must have seemed for her. I don’t usually do this much “research” (the word feels too methodical and disciplined for what I do, but I’m not sure what else to call it) for every character in every book, but I do use hands-on, tactile, in-place research in much of what I write.

My novel Unravelling, involved spending a lot of time in the textile museum in Lowell, MA, which has working power looms, a reconstructed boarding house, and working locks in the canals. For Awake, I spent a night at a summer camp for kids with the rare genetic disease I was writing about. For The Honey Thief, I apprenticed myself to a beekeeper. It’s how I get to know the smells and tastes and feel of things, but the experience also inevitably leads to much more than that. It is a kind of a psychological drawing-near, a fusing of the character and a situation. It’s one of my favorite parts of the kind of wacky writing process I have developed for myself over the years. It’s less about setting the scene for me than about getting to know my characters by inhabiting their worlds.

AF: Where do you gravitate in the age-old plot vs. language debate? Which is the primary motivation for you, as a writer?

Graver: Language usually comes first for me, in the form of the narrative’s voice, which is sometimes the voice of an actual character but more often a particular texture, cadence, and energy that is, for me, the pulse of the story I’m imagining. Character — who is doing the seeing, who is moving through this world, whose past, present and future the story is sifting through — is central from the start. As is the setting.

For me, plot usually arises out of the intersections of all these other elements, but it’s definitely harder for me to work out, partly because I’m painfully aware of how many things I don’t want to happen, because they seem over-determined or over-dramatic or that they might show the author’s heavy hand. Ideally for me, the events — the plot, if you will — arise out of the characters and language. I don’t often “plot” out the events ahead of time. On a perhaps related note, I’m particularly awful at what they call “continuity” in films. I’ll send my character down the road on her bicycle and then forget about the bike when she makes her return trip, on foot. The paperback of The End of the Point contains some corrections of this nature. I know that these things should matter, but I’m kind of spacey in this particular way, in life and on the page. 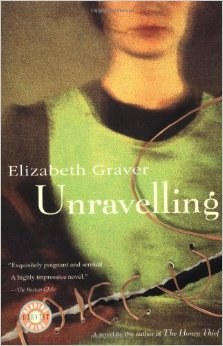 AF: Your characters (here and in The Honey Thief) often find themselves on the outside of things — they always seem to be outsiders despite themselves — always trying their damnedest to keep pressing on despite being buffeted by time and circumstances. You also often examine the tension between who characters think they are and who they’d like to be. I was wondering if these themes are aesthetic choices or if they are patterns that you notice once the books are finished.

Graver: I think you’re right. It doesn’t come out of a conscious aesthetic though. It just feels true to life. The echoes between my different books always seems to interest me in retrospect, but I actually try not to notice them as I’m writing because I want to be inside whatever world I’m imagining and let the associations and layers accumulate in an associative way. One’s own preoccupations and obsessions will get in there, no matter what, I suppose. I’ve always been fascinated with people’s inner lives and the gap between imagined worlds and lived ones.The space between fantasy and reality is a very charged one. Fiction can explore that, which might be one reason why I’m so drawn to it as a form.