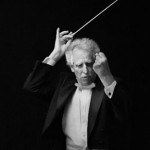 By Caldwell Titcomb Conductor Benjamin Zander celebrates the 30th anniversary of the Boston Philharmonic and his 70th birthday. The two greatest post-Brahms symphonists – Gustav Mahler and Jean Sibelius – were markedly unalike. In 1907 their paths happened to cross in Helsinki, and they had several conversations. When the talk turned to the essence of […]