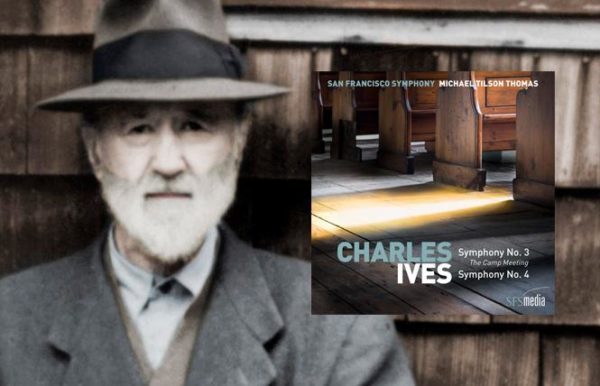 For more than half a century, Michael Tilson Thomas has been one of the most reliable Ives champions on the scene. As he finishes up his quarter-century-long tenure with the San Francisco Symphony (SFS), he and the orchestra have got a new Ives album, featuring a towering performance of the Fourth Symphony, plus a warmly shaped reading of the Third.

To put it succinctly: this is the standard by which all subsequent recordings of the Fourth will (or should) be judged. For one thing, MTT’s is a reading of staggering clarity. Ives’s thick layerings of hymns and turn-of-the-century popular songs have rarely sounded so cleanly (and, from how it comes over, easily) balanced.

What’s more impressive, though, is the heated expressive engagement the orchestra clearly possesses with the music. Indeed, the SFS digs into Ives’s writing with knowing freedom and emotional conviction. The “Prelude” drives with Beethovenian force. The spare, microtonal textures in the second movement, “Comedy,” sing with beguiling fervency. There’s an impellent swiftness to the “Fugue” that ensures the movement doesn’t come over as more than it is – which is to say, no more than a respite before the visionary finale. And that utopian last movement, with its parade of hymns reaching to (and fading off into) the stars, is here simply radiant.

Compared with his earlier recording of the Fourth three decades ago with the Chicago Symphony, MTT’s tempos are largely unchanged (though the last two movements are a bit swifter on the current recording). What has deepened is the conductor’s understanding of the music’s structure and his (and his orchestra’s) ability to tease out and elucidate its most complex gestures. The results are one of the crowning achievements of the MTT/SFS partnership – one that’s got its share of peaks already.

Preceding the Fourth comes a broad, flowing account of the Third. Subtitled “The Camp Meeting,” its three movements depict a day at a 19th-century revival meeting, from the arrival of “The Old Folks Gatherin’” to the antics of “Children’s Day” and the devotion of “Communion.”

In this performance, MTT takes a generally more expansive tack than he did in his previous recording of the Symphony with Amsterdam’s Concertgebouw Orchestra. Still, the approach fits the music’s nostalgic character well: the only point where a bit more momentum might be welcome is in the central “Children’s Day.” But even there the SFS’s articulations snap and, throughout, the orchestra’s got more of a natural handle on Ives’s idiosyncratic style than their Dutch counterparts.

The SFS Chorus prefaces both symphonies with snatches from several of the hymns Ives quoted in both scores. In those, as well as their brief but crucial appearances in the Fourth Symphony, the chorus sings with warm tone and crisp diction. 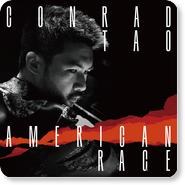 Pianist Conrad Tao’s American Rage isn’t an explicitly political album, though the thrust of its leanings isn’t hard to discern, comprising as it does music inspired by traumatic events of the last 80-plus years.

Tao’s program is all-American and, surely, his four selections haven’t been frequently paired with one another. American Rage is framed by two Frederic Rzewski scores, Which Side Are You On and Winnsboro Cotton Mill Blues. The former adapts Florence Reece’s eponymous 1931 protest song, while the latter subjects an industrial folk song about unfair working conditions to a heady bit of Rzewski-an development.

Both are furiously energetic, wildly virtuosic, and totally engrossing: full of pummeling rhythms, dense clusters, and spectacularly florid passagework. They’re virtuosic scores, yes, but each packs an immediately engaging emotional punch which Tao, playing with might and fury, ably conveys.

In between the Rzewskis comes Aaron Copland’s Piano Sonata and Julia Wolfe’s Compassion.

The former, completed in 1941, is a somewhat stern essay that gamely combines elements from Copland’s populist and modernist periods. Tao plays the stentorian sections of the first movement with mighty, granitic tone, while the slashing rhythmic figures of the central “Vivace” dance adroitly. He draws out lyrical passages in the finale with tender warmth.

Wolfe’s unsettled post-9/11 essay offers an array of roiling, seething textures and gestures that, as in the Rzewski selections, Tao shapes into a remarkably clean-textured and emphatic utterance. 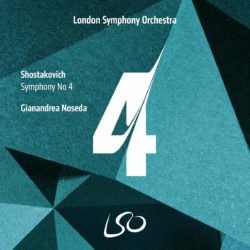 It wasn’t that long ago when it was rare to come across new recordings of Dmitri Shostakovich’s Fourth Symphony. Now, though, every orchestra worth its salt seems to have covered it. The latest to take a crack at one of the biggest, darkest, and most forbidding entries in Shostakovich’s canon is the London Symphony Orchestra (LSO), which is traversing all 15 symphonies with Gianandrea Noseda. And, boy, have they got something to say with this piece.

The LSO’s performance is, in a word, ferocious. The first movement’s explosive gestures burn furiously, while the ensemble turns from the most foreboding, stentorian utterances to droll, ironic statements with an ease that’s unsettling. They hold nothing back, either, in that movement’s climactic fugue, which is played to within an inch of its life. Pristine the section isn’t – but, then again, neither should it be.

Noseda leads a restless take of the off-beat central movement, music that seems to be trying to find its way to some equilibrant state but never quite succeeding. He draws a smartly paced, potently shaped account of the giant finale, as well, one that adroitly captures the dynamic and expressive extremes of Shostakovich’s writing. The closing pages are breathtakingly desolate.

Add to this captivating interpretation terrific sonics – the Fourth’s introspective moments speak with full-bodied tone, its apexes never sound shrill, and what falls in between is well-balanced and natural-sounding – and you’ve got a great, harrowing Shostakovich album.