You are here: Home / Commentary / Arts Remembrance: Guitarist Garrison Fewell — The Master of Searching for Something More

An inspiring man as well as a brilliant musician, Garrison Fewell had the courage to turn away from the darkness and to embrace the light.

The Boston music scene has suffered another loss with the passing of the beautifully accomplished guitarist, author, and (at the Berklee College of Music) teacher, Garrison Fewell. He was 61. Last year we talked in his Somerville apartment. We were in his music room, where he sat in front of a wall of LPs. “Vinyl makes friends,” he joked to me. (Over the years we had spent afternoons together hunting for records in Manhattan.) His career was varied and in some ways unexpected. Its beginnings, though, were almost inevitable. When I asked about his musical upbringing, he waved at his record shelf, with its alphabetized recordings from Cannonball Adderley to Attila Zoller. He had listened to the hard bop recordings of his era: the Blue Notes, Riverside, and Prestige recordings. Still, starting at age 11, he was also playing the blues, imitating the sounds of John Hurt, Fred McDowell, and Gary Davis.

He was a committed pacifist in the middle of the Vietnam war. At the age of 18 Fewell left the country. He started off living at a kibbutz in Israel and then travelled with his guitar and a friend who played the harmonica to Afghanistan. When he learned he had been drafted, he decided to stay overseas. In the Bamiyan Valley, standing next to the ear of a giant Buddha, he had his first encounter with Buddhism, which he would practice for the rest of his life. It was, as he describes it, a mystical experience. Then he returned to go to the Berklee College of Music, where, having focused on what his peers called “chicken-pickin’ music,” and feeling that the music of Coltrane and Charlie Parker were beyond him, he studied bossa nova. He would graduate in 1977. In 1992 he led his first recording, A Blue Deeper Than Blue. He was already well known in Europe. Guitarist Larry Coryell predicted that this recording would make him an idol here as well.

He spent the next decade teaching and playing his particularly gentle, often humorous compositions in prestigious clubs, including New York’s Birdland, where he recorded Birdland Sessions. He found the time to write two respected guitar manuals: Jazz Improvisation for Guitar: A Melodic Approach and Jazz Improvisation for Guitar: A Harmonic Approach. During this period he was becoming increasingly disillusioned with some of the competitive aspects of the jazz scene, which he referred to as “the world of hungry spirits.” (The “hungry spirits” were “the musicians who were always trying to get another gig, another review.”) He had, he said, changed inside, and his music also had to change. He began to work on freer improvisations. 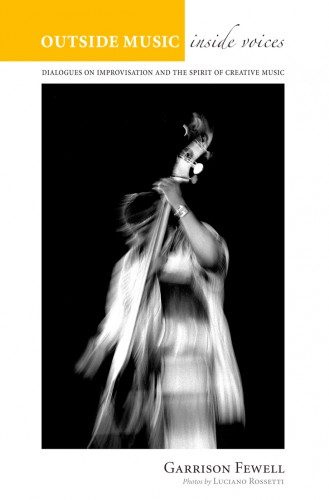 The breakthrough, or breakup as some of his unhappy bebopping fans thought, came in 2003 at Cambridge’s Regattabar, where he played so freely it even disturbed his bass player. He was on his way to experimenting with group improvisation. Later he would work with Danish saxophonist John Tchicai, who had appeared on John Coltrane’s Ascension. Last year he published Outside Music, Inside Voices (Arts Fuse review), his compelling book of interviews with free jazz players, who explained their commitment to their approach, often in beautifully evocative language. His fans will remember his performances in recent years, sometimes in his house concerts or in small venues around Boston. They were challenging, and yet often charming. Sometimes they just took off.

He described to me the best parts of his recent performances: “At a certain moment, even in the midst of chaos, a ‘sound unity’ will occur—you can hear it happen—where individual and collective exploration converge and the music becomes connected to a greater energy. The vibrations in the room become more intense, the overtones more pronounced. It’s a physical as well as emotional energy that unifies body and mind. When it’s over, everyone in the room knows something happened. But what? The question remains to be answered by the performers and audience, but from a player’s point of view, I can say that it never happens the same way or in the same place twice.” He made sure it didn’t. He never settled for the second rate or avoided a challenge. His illness was his latest obstacle: through it all he wrote his book, played as often as he could, and continued to chant every day. When I visited him recently, he gleefully showed off the contents of a guitar case full of odds and ends, hunks of metal, a violin bow, and whatever, with which he modified the sound of his guitar. He had decided to live in the moment, and it proved rewarding.

The music, and his own playfulness, sustained him. When he first became ill, he stopped playing for three months. Then he was invited to perform an improvised concert at the Outpost. Fewell told me about the experience:

I was really weak coming in there. We improvised. There was no rehearsal. We hadn’t talked about anything about what we were going to do. We played and at the end of it, something so incredible happened. It was like . . . what did Steve Lacy say? Something about lifting the band off the bandstand. We were in another dimension, and so was the audience. The overtones and the sound filled the room and it was intense and it was just blasting at the end and then it was just Boom! Just done. That changed my life. From that moment I knew, there’s something that’s beyond. No matter how far you’ve thought you’ve gone, or what strengths you may or may not have, there’s something more to this music. That began my process of healing.

In 1995 Fewell made a recording, Are You Afraid of the Dark? The title seems prophetic. Diagnosed with cancer, he faced the darkness and then turned away. In an interview with me, he spoke about waking up from his first operation and immediately realizing that he had a decision to make. Before the surgery, he felt that he had a number of problems to deal with: “But when you are facing life and death, because they haven’t found a cure yet to make my illness a chronic disease like diabetes or HIV, you only have two choices. It becomes very simple. You go down one road, there’s darkness and death down there. Or you go down another road, which is positive and light and joy and really being in the moment and appreciating every single moment that you have. I have to make that choice . . . it’s just between those two.”

An inspiring man as well as a brilliant musician, Fewell had the courage to turn away from the darkness and to embrace the light. We shall not forget him.